Kylian Mbappe is set for a breather as Paris Saint-Germain move to avoid the risk of their star striker suffering early season exhaustion.

PSG head coach Thomas Tuchel declared at a pre-match news conference Mbappe may only feature as a substitute in Saturday's Ligue 1 clash with Dijon.

A run of four games in 10 days for Mbappe, including two internationals with France, appears to have persuaded Tuchel the time is right to allow the 21-year-old some rest.

It will be the briefest of respite, however, with PSG back in Champions League action next Wednesday as they travel to face Istanbul Basaksehir. 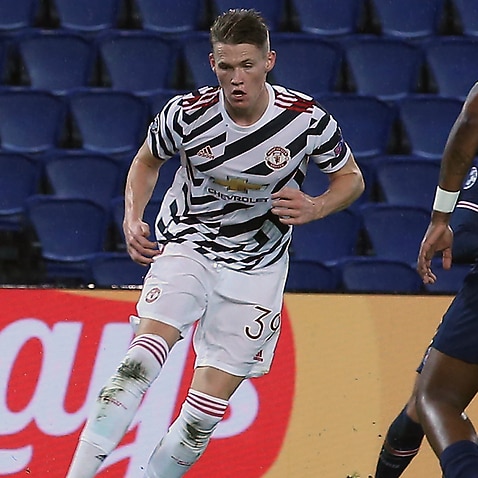 Injuries and cases of COVID-19 in the camp have hindered Tuchel with his selections this season and the suspended Layvin Kurzawa and Angel Di Maria will miss the Dijon game.

"We're also thinking about leaving Kylian Mbappe and Presnel Kimpembe on the bench because they have played too many matches," Tuchel said.

"We don't want to take risks because it's not the time to do that. We'll talk with the physios, the doctors and the players."

The risk of injuries and fatigue has to be balanced with PSG's need to collect points, as they continue to repair the damage caused by losing their two opening domestic league fixtures.

Five successive Ligue 1 wins since those losses to Lens and Marseille have helped, but they slipped to a 2-1 Champions League home loss to Manchester United on Tuesday.

Bottom-of-the-table Dijon would appear to be ideal opponents if PSG want to hold back some of their artillery at the Parc des Princes.

PSG have won nine of their 10 Ligue 1 matches against the team from Burgundy, including victories with clean sheets and by at least two goals in all five of their home fixtures.

The slight concern for Tuchel maybe that Dijon's lone victory in their league rivalry with PSG came as recently as last November, when as hosts they pulled off a shock 2-1 success.

Indeed, Tuchel teased the prospect of another Dijon win, although that appeared to be a tactic to gee up his own players for the match.

"For a team like Dijon, it's the right time to beat us," Tuchel said.

"They have prepared well for the game, will be determined, and will have nothing to lose against us.

"When you see the list of the players we have absent and take into account the fact the match is in between two Champions League games, it's the time for them to give it a go." Dijon have lost their last four away games in Ligue 1 and are winless on the road in the competition for 13 games, counting 10 defeats in that miserable sequence.

"We need to find the right mix, put in intensity and energy, be at 100 per cent, create chances for ourselves and find answers," Tuchel added.

"Everyone expects us to win and to dominate matches. But some players are coming back from injury, and others require rest. We need to be positive and confident."