The Matildas' bid to stretch their record-winning streak into uncharted territory will come in February at the Algarve Cup.

World No.14 Norway, host Portugal and familiar foes China will be Australia's next three opponents as Alen Stajcic's side look to extend their winning run.

Australia will play all three sides in the prestigious annual tournament, before a ranking match to decide their final position.

The Matildas finished a stellar 2017 with seven straight wins and earned a No.4 world ranking, making them the highest seeded nation in the 12-team tournament. 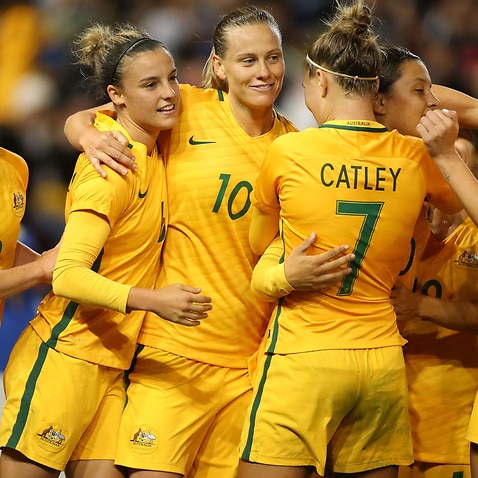 An eighth straight win would be an all-time record for the Australian women's team.

World No.5 Canada, seventh-ranked the Netherlands and ninth-ranked Japan are the other top 10 sides in the tournament.

The Matildas' only losses in 2017 came at this tournament, beginning with a 1-0 loss in the opening match to Sweden.

After defeating the Netherlands, who would become European champions, and China, Australia eventually placed fourth, losing to Denmark on penalties in the 3rd-placed match.

MATILDAS AT THE 2018 ALGARVE CUP

Group games to be played between February 28 and March 5, with a ranking match on March 7.