Growing up as a female footballer in Australia is daunting. For the most part, a lot of current professionals were very much unaware of the opportunities that reside in the game because of its lack of promotion or media traction.

Some were playing because of the 'love of the game' and others because they were talented and kept going.

With the success of the Matildas and their drive to help female football be a valid career choice for the generations to come, media attention has increased and young aspiring footballers are striving to become one of the most loved female athletes in the country.

The problem with that is, well, there just isn’t enough spots for everyone.

If you continue to measure the success of players by their Matildas representation, then you will undoubtedly find that most players will choose other codes or professions because they will fall short.

They would be putting huge pressure on themselves to be hitting their straps as a footballer at such an early age that they might be thinking of hanging up the boots only a short way into their 20’s. Who wouldn’t blame them?

Alex Chidiac had to learn and grow with the pressures of playing for her country over the past five years to be comfortable for where she sits currently in her development as a footballer.

Residing in South Australia since she was three months old, Adelaide would be considered her hometown.

In her nine appearances for the club, she only scored one goal but undoubtedly drew much attention for her technical prowess, skill on the ball and ability to find a perfect pass with little room to move.

Playing for the Under-17 Junior Matildas also gave her an outstanding resume at the tender age of 15.

With her career moving at extreme pace, the now 16 year old Chidiac would not only be selected for the preliminary Matildas squads for the 2015 FIFA Women's World Cup, but also have one of Australia’s best coaches - Joe Montemurro - call upon her to join Melbourne City squad in their inaugural season in the W-League.

Now, the move to Melbourne was not an easy decision to make.

The youngster was weighing up the game time of staying in Adelaide as a starting player, with the challenge of being able to work with a squad full to the brim of not only Matildas but also international superstars like Jen Beattie, Jess Fishlock and Kim Little.

In the end, Chidiac made the decision to use this season as a time for development and tasted the life of a professional footballer.

She lived on campus with her international teammates and worked tirelessly to improve her game.

A time she recalls fondly but the pressure to play more game time and make Matildas squads at a young age forced her back to Adelaide.

Returning to Adelaide meant more game time, but also a lot more pressure to lead, whilst performing weekly was a new challenge Chidiac hadn’t encountered before.

She was now a regular at Matildas camps and that contract meant Chidiac could now devote all her time and effort to football.

Realising she wanted more than what an NPLW season could offer, she embarked on gaining a contract overseas.

With a handful of Matildas appearances up her sleeve, the balanced midfielder now had connections with players who were working with managers abroad.

It would completely take Chidiac by surprise to find that the first real contract offer came from Atletico Madrid Femenino. 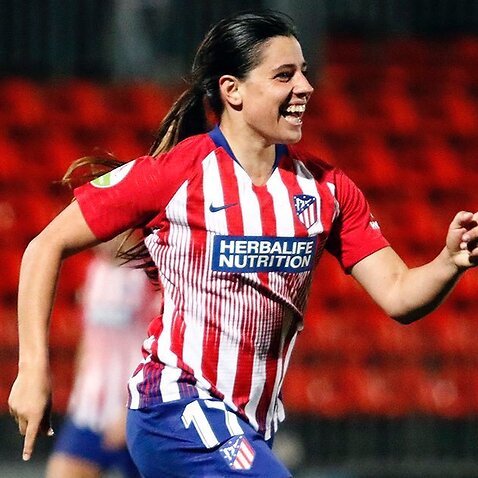 A Spanish football powerhouse not only in the men’s game but also with the women.

A long history of success in the Primera Division but also a participant in the UEFA Champions League.

If you ask any footballer, a chance to play UCL football is a dream come true.

A few shaky moments appeared when the Atletico contract needed some tweaking in order for Matildas officials to be comfortable with the amount of game time Chidiac would be attaining in Alcala De Henares.

With her services in demand, Atletico made the necessary provisions in order to get the United player on the plane to Spain.

With her name firmly signed on the dotted line, she became a professional footballer in one of the biggest Leagues in the world.

Chidiac's decision to play in Spain meant her ability to play in Australia and the W-League was no longer possible.

The time had come in her career, where she now had to decide whether to forego her new Atletico contract of two  years in order to be on show with other players in the W-League and train with the future Matildas program in Sydney, or continue to grow as a footballer and a person in a challenging environment in Madrid.

With a heavy weight on her shoulders, the young footballer decided to continue her development in the Spain, even though it meant she was out of contention for the 2019 Women's World Cup in France.

Missing the World Cup because of lack of game time was heartbreaking but Chidiac knew that perhaps it was fate as she felt not quite ready for such an occasion this early in her growth as a footballer.

During the World Cup, Chidiac was able to take a much-needed break from football.

She worked on areas of her body that were under duress daily, plus the ability to mentally refresh and be ready for a return to the Primera Division and help Atletico take the title for a fourth year in a row.

She returned to Alcala De Henares with renewed vigour and determination to continue her growth as a footballer.

Her progress was dealt a harsh blow, when, in a training incident, the 21-year-old was left in agony.

An overzealous teammate took out her standing leg whilst in a crossing drill.

Chidiac can't fully remember the incident - stating that she may have blacked out from the pain.

Her ankle severely bruised with various ligaments torn, the Aussie knew she had done some major damage.

With the help of the Atletico medical staff, she started her journey back to full strength and fitness.

The process was arduous - no matter what happened, Chidiac just didn’t feel 100 per cent. Pain, inflammation became a daily stressor.

Returning to the training pitch with the team, felt strange but it was a step in the right direction.

Just as she was seeing some light at the end of the tunnel though, the unmatched events of 2020 started to put a dark cloud over Spain. 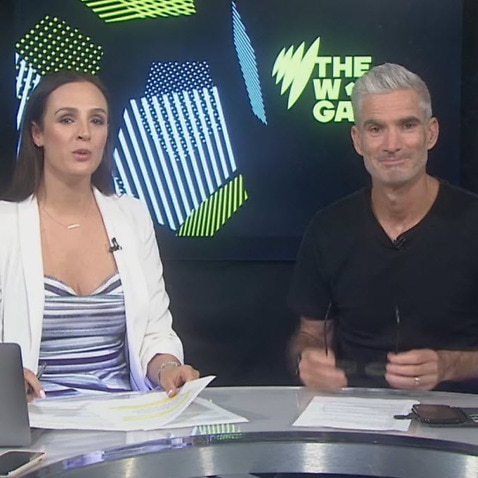 COVID-19 halted the league and whilst many clubs provided players with training regimes, they had to be completed in sometimes ludicrous surroundings such as a tiny apartment, with a room no bigger than a small kitchenette.

Once again, Chidiac took it in her stride -  training indoors with roommates, trying to do her rehab in trying conditions.

The Real Federacion Espanola de Futbol ultimately decided that - in the best interests of the players - the league would be cancelled and all players were allowed to return back to their homes, if it was safe to do so.

In her optimistic nature, Chidiac saw the bright side of returning home, with her rehabilitation progress halted by COVID-19.

The restrictions in Spain meant the inability to increase her training load would have eventually impacted her return to play.

Along with her international teammates, the Australian then boarded the plane back to her homeland.

The next hurdle came in the form of battling isolation requirements.

With her home state being in complete lockdown with border restrictions, the 21-year-old was now faced with the dilemma of having to choose between two or four weeks of isolation.

Her plane would land into Melbourne where she would be escorted to a hotel room in which she wasn’t able to leave for 14 days.

Due to South Australia’s restrictions, she would then need to isolate again - once she crossed the border into her home state, an added cost to her recovery timeline that Chidiac just couldn’t bear.

With the help of Professional Footballers Australia, the South Australian now had various appointments to get her started once the door to her hotel room was unlocked, and she was free to start her journey to full fitness again.

Within a few days, she was able to pinpoint the residual pain and start the necessary procedures to build on her progress started in Spain.

She too had realised the importance of mental health through this struggle, and has a plan in place to not only help her physical recovery but the mental one too.

There is no doubt that the past five years has taken its toll on Chidiac.

Riding the rollercoaster of selection to deselection, contracts and contract extensions, to injury and COVID-19 restrictions.

She remembers in all the madness, that deep down she just wanted to play football whilst seeing the world.

Her time as a professional footballer is just beginning - she is still only 21.

Having debuted as a 16-year-old in 2015 for the Matildas, she now knows that her daily drive to be a professional football is what will get her another call-up.

She wanted those reading this - and wondering if they would ever play for the Matildas one day - to know that there are so many opportunities in the world to play football in different countries, whilst experiencing different cultures along the way.

Football is ultimately more than just a game.

It’s an opportunity to experience life from different perspectives and make amazing connections whilst playing the game that you love.