For fans of Paris Saint Germain it has been a tough few hours.

Usually, there is time to savour between winning a UEFA Champions League semi-final and the final itself.

This period was three weeks for Liverpool and Tottenham Hotspur in 2019 but for PSG and Bayern
it was little more than three days.

And so it was that just half a week after celebrating a first final appearance, the French team lost 1-0.

It was a devastating night for fans back in the French capital. Being unable to attend the game probably gave them more time and opportunities to see what was going on in Marseille immediately after the final whistle.

No sooner were Bayern players lifting ‘Ol Big Ears’ than fans of PSG’s biggest rivals took to the streets and celebrated almost as if they had won the trophy themselves.

If it rubbed some bouillabaisse into the Parisian wound then that is exactly what fans in the old port city wanted.

This is what football is all about. It is not just about loving and supporting your team, it is about disliking others.

Every team needs a rival that you wish to do badly, and there is nothing sweeter than seeing that rival fail on the biggest stage of all. 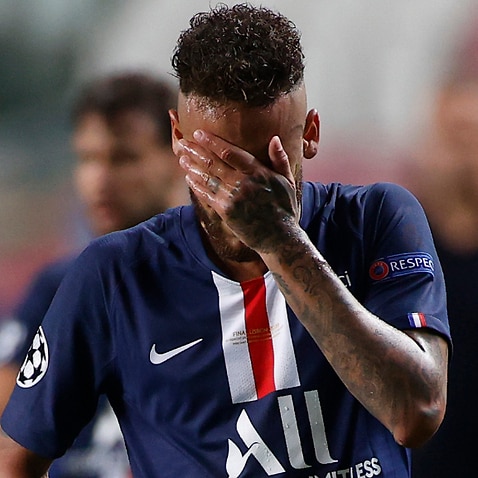 The bitterness between Paris, the capital in the north that is held to be the epitome of sophistication, and Marseille, the archetypal gritty port city in the south, is real off the pitch and it stands to reason it should be the same on it.

Marseille is the only French team to win Europe’s biggest prize - even if there is a large bribery influenced asterisk next to that entry in the record books - so there is even less reason for fans of the southern club to want Paris to get the prize they desire so desperately.

Growing up in England, at a time when English clubs were ruling European competitions, there was an assumption on behalf of television commentators that all viewers would support the local boys in their continental challenges.

And some did, but for fans of plenty of clubs, this was not the case.

Manchester United’s dramatic comeback in the 1999 Champions League final when they came back from a goal down against Bayern with two goals in stoppage time to take the trophy did not go down well with plenty in England and why would it?

If you are a Liverpool fan who dislikes United then you want the team to do badly - all the time.

Just because they are suddenly playing a team from another country, there is not much reason for that to change for most people - and vice versa. For Arsenal fans, seeing Tottenham lose in the biggest game of their history last year could be second only to Arsenal actually winning it themselves.

There may be plenty in France who wanted Paris to win, but it would be a little strange if those in Marseille felt the same.

Glorying in PSG’s loss is an entirely logical thing for these fans to do.

Football is unique when it comes to rivalries. Of course they exist in other sports but the sheer depth and breadth of the world game adds an extra dimension.

There are rivals from the same city, from neighbouring towns, from different parts of the country or even
from abroad.

Indeed, while Al Hilal of Saudi Arabia may love to beat Al Nassr and Al Ittihad, they would love nothing more than a chance to take on Western Sydney Wanderers.

Hila’s 2019 AFC Champions League triumph has not erased the pain and bitterness from the 2014 loss to the Australian team.

Big games provide opportunities for big trophies but there is a risk.

What increased the delight of Marseille fans was that the world was watching PSG’s heartbreak, it was there for all to see in the biggest club game on the planet.

The capital club have spent huge amounts in pursuit of European glory, so to come so close is heartbreaking for the losers but welcome elsewhere.

For fans, seeing your rivals lose so painfully should be almost as sweet as a win of your own.

It may not be a mature or sophisticated reaction but in football, it is an entirely logical one.