Bottom of the ladder Melbourne Victory have snapped there losing A-League run with a gritty 1-1 away draw against competition leaders Central Coast in Gosford.

The Mariners dominated for most of the second half but couldn't prise open an obdurate Victory defence, though they extended their buffer at the top of the table to two points. 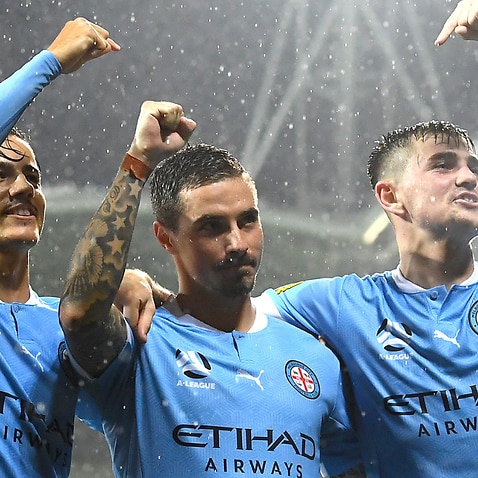 Kisnorbo has turned Melbourne City from lambs into lions

Matt Simon and Daniel De Silva each had a couple of attempts, captain Oliver Bozanic blasted a fierce shot over and Jack Clisby had a strike tipped over by Victory goalkeeper Matt Acton in stoppage time.

Simon came closest in the 51st minute, with his sliding close-range attempt blocked by Acton, with the ball just getting away from the Mariners' veteran striker as he got to his feet and watched it creep past a post.

Both teams were off target with a few opportunities before the scoring started.

A quickly taken crossfield free-kick from Jake Brimmer found McManaman, who burst past a defender and drove his shot into the far corner. A few minutes later Bouman turned a defender and played an exquisite through ball to Urena, who slid a precise shot past Acton.

The Mariners pressed for another goal before the break and had a flurry of shots in the final 30 seconds of the half.