A late goal from Jasmin Mesanovic cancelled out Ze Luis' 82nd-minute effort to secure Maribor a 1-1 draw at Spartak Moscow, leaving the Russians with it all to do in their final Champions League Group E match against Liverpool at Anfield.

Spartak had seemingly claimed a vital victory when Ze Luis found the net, but just when they looked set to leap above Sevilla for at least a couple of hours, Mesanovic tapped in from close range to leave the Spaniards and Liverpool firmly in the driving seat.

In truth, Spartak were not at the races for long periods, as a dire first half passed with few highlights – Massimo Carrera's men almost appearing completely unaware of the match's importance.

They then nearly found themselves trailing just after the break, as Marko Suler hit the post for the Slovenian champions. 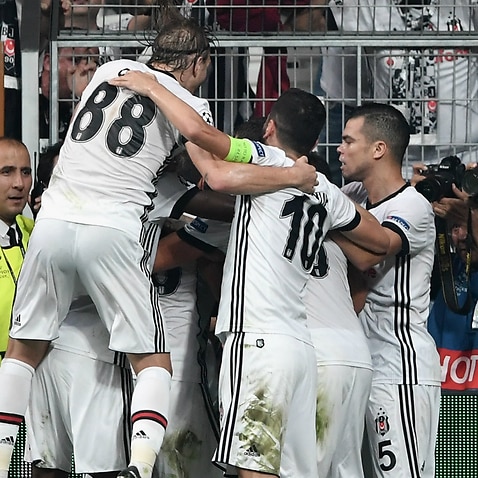 The previously wasteful Ze Luis had seemingly won it for Spartak and put them right in contention for a knockout phase spot with one match left to play when he found the net eight minutes from time.

But Mesanovic was decisive at the end of a fine Maribor move in the second minute of stoppage time, leaving Spartak a point behind Sevilla and two shy of Liverpool.

Spartak looked the more purposeful early on, but they did not create their first chance until the 18th minute, as Ze Luis got in behind the Maribor defence and flashed a low ball across the danger zone that Jean-Claude Billong cleared behind.

That move failed to spark a period of dominance for the hosts, however, with their next two efforts causing Maribor goalkeeper Jasmin Handanovic few problems, as Luiz Adriano and then Ze Luis both headed well off target.

The home fans became audibly frustrated, jeering Spartak as they showed little urgency with and without the ball.

That did little to improve Spartak's performance, though they did at least create one more half-chance before the break – Mario Pasalic heading Fernando's free-kick delivery well over on the stroke of half-time.

Alarm bells began ringing for Spartak early in the second half, as Maribor substitute Dare Vrsic whipped a fine free-kick in from the left flank and Suler diverted it on to the right-hand post.

Spartak did finally craft another chance in the 63rd minute and Ze Luis went close, seeing his 20-yard strike go just wide of the bottom-right corner.

Their best opportunity was still to come and it was a glorious one, as Roman Zobnin crossed from the right flank and the unmarked Ze Luis headed agonisingly wide of Handanovic's left-hand post 13 minutes from time.

Spartak's persistence ultimately paid off, as Lorenzo Melgarejo prodded in behind the Maribor defence for Ze Luis to sweep home from close range.

But they failed to make the game safe, as Mesanovic was left with the easiest of finishes right at the end after Marcos Tavares smashed the ball across the face of goal.

Spartak were left stunned and will now likely need a win at Anfield in their final group game to secure passage to the knockout phase.

Ibrahimovic sent off in Milan win at Parma