Mario Mandzukic and Nikola Kalinic each netted a treble as Croatia demolished San Marino 10-0 in their last outing before their EURO 2016 opener against Turkey, while Slovakia and Northern Ireland drew.

Against weak opposition, Croatia head coach Ante Cacic decided to field his strongest XI, with Luka Modric getting the nod in midfield after his UEFA Champions League success with Real Madrid, while Ivan Rakitic, Ivan Perisic and Mandzukic also featured from the start. 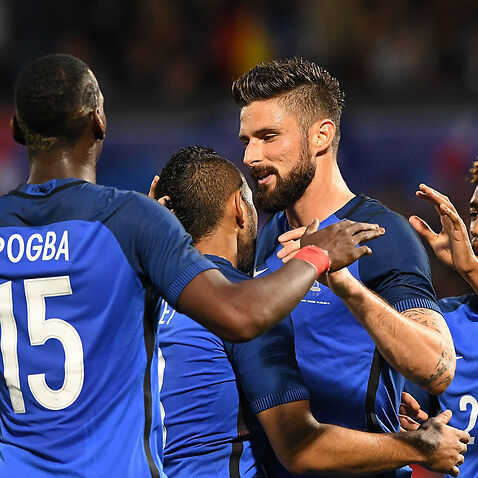 Giroud answers critics as France turn on the style against Scotland 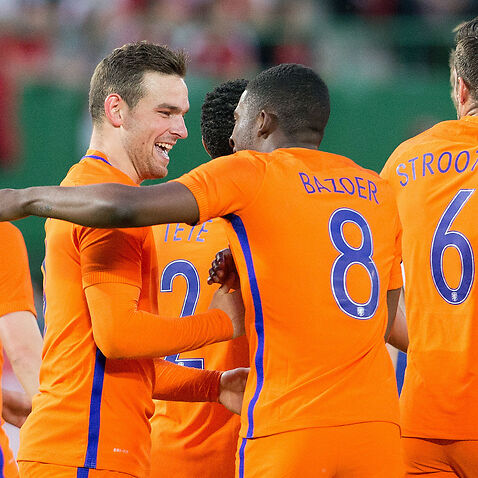 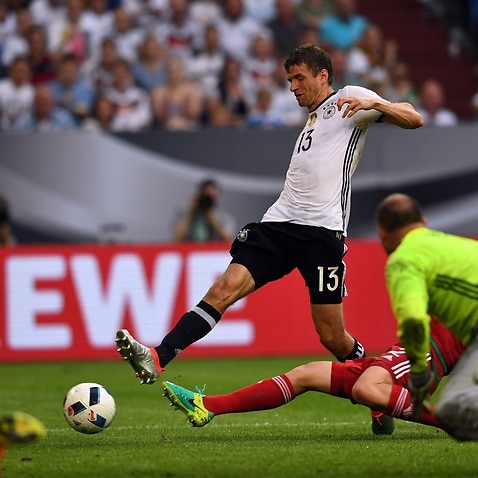 Muller on target in Germany's routine win over Hungary

Croatia were on top right from the opening whistle, but needed 20 minutes to break the deadlock via Marko Pjaca.

Mandzukic and Darijo Srna then made it 3-0 within four minutes of the opener, before Mandzukic completed his hat-trick and Perisic also added his name to the scoresheet from a free-kick to make it 6-0 at half-time.

Rakitic continued the rout early in the second period after being set up by Srna, before making way for Andrej Kramaric, while Kalinic took Mandzukic's place up front.

Kalinic immediately showed his worth as he make it 8-0 within three minutes of his introduction, then doubled his tally in the 73rd minute before completing his treble with six minutes left.

Slovakia and Northern Ireland played out a 0-0 draw in Trnava as both sides completed their preparation for EURO 2016, but injuries marred a solid defensive performance by Michael O'Neill's men.

Striker Kyle Lafferty and defender Craig Cathcart went off after picking up knocks, with Jonny Evans and Gareth McAuley also on the receiving end of heavy Slovakia challenges.

Slovakia's Vladimir Weiss had the best chances of the game, twice missing the target from good positions, while Michael McGovern saved from Robert Mak and Matus Kozacik denied Conor Washington.

Both teams continue their excellent form thanks to the draw, with Northern Ireland now unbeaten in 12 matches, while Slovakia have not lost any of their last eight international fixtures.

Slovakia take on England, Russia and Wales in Group B at EURO 2016, while Northern Ireland have been drawn in Group C with Ukraine, Poland and world champions Germany.