Consecutive 3-0 wins over Turkey and Switzerland mean Italy are already sure of a place in the last 16 and will be guaranteed to top Group A if they avoid defeat in Rome on Monday (AEST).

Wales, meanwhile, drew with Switzerland before producing a fine 2-0 win over Turkey that means they need only a point to progress to the knockouts.

Italy are undeniably favourites to win the game, having secured 10 consecutive victories without conceding a goal. Should they avoid defeat, they will match their all-time record of 30 games in a row unbeaten, which was set between November 1935 and July 1939.

Mancini expects Wales to present a very difficult challenge, though, much like Stoke during his days as Manchester City manager: in eight Premier League games, Mancini managed four wins and four draws against the Potters. 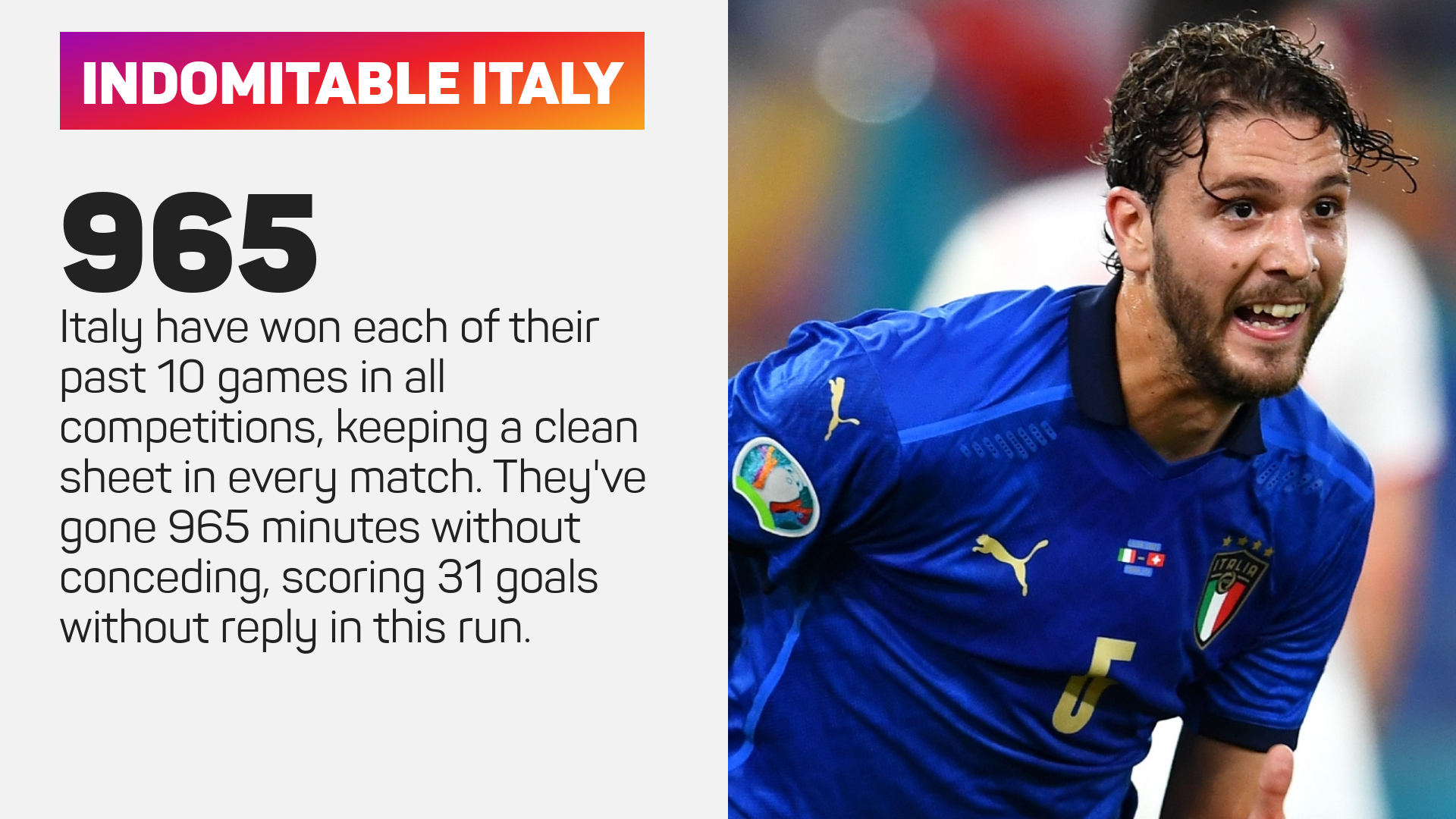 "It will be a very difficult match from a physical perspective because they are a powerful side like Stoke, but they are also very technical.

"Wales have players like [Joe] Allen, [Gareth] Bale and [Daniel] James. They have got some quality and skilful players."

Mancini will rotate his side for the game at the Stadio Olimpico, with Marco Verratti in line for his first performance of the tournament after recovering from a knee problem.

"Tomorrow night will be our third game and we would have rotated regardless, even if this was a must-win fixture," he said. "A third game in the space of 10 days with 30-degree heat, you need fresh legs out there.

"Marco needs to play. Until today, after so many days of training, he is fine."