Ilkay Gundogan scored twice as Manchester City secured a record-equalling 14th successive win in all competitions – and a first for Pep Guardiola at Anfield - with a 4-1 thrashing of struggling Liverpool.

The Germany midfielder made amends for a first-half penalty miss with a brace after the break as the visitors cut loose to march five points clear at the Premier League summit.

Alisson's poor clearance led to Gundogan's second of the game and the goalkeeper was also at fault for City's third, Raheem Sterling heading in his 100th for the club under Guardiola. Phil Foden rubbed salt in the home side's wounds with a superb solo goal to round out the scoring.

The result leaves Liverpool's title defence in tatters; they have lost three successive league games at home for the first time since 1963 and sit 10 points back having played a game more than the leaders.

Man City equal the English top-flight record for most consecutive wins across all competitions. 🙌 pic.twitter.com/1ELCLvvoBx

Mohamed Salah did end the Reds' home drought in the league at 410 minutes when he converted a penalty having been pulled back by Ruben Dias, but Alisson's errors helped City respond in emphatic fashion.

There was little sign of the drama to come during a tepid first half between the two rivals, Gundogan failing to convert from 12 yards out as he skied his attempt from the spot into the empty Kop following Fabinho's foul on Sterling.

However, Gundogan's poked-in finish in the 49th minute sparked the game into life, not too long after fireworks had gone off outside the ground. 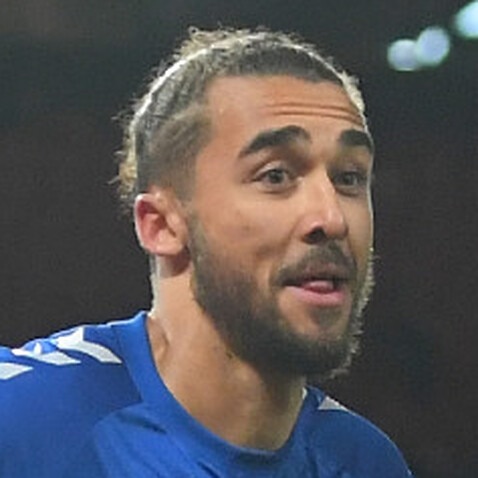 Salah's equaliser offered Liverpool a way back in as he punished Dias for not dealing with a long ball, but Alisson's blunders at the other end – the Brazilian goalkeeper twice gifted possession straight to City players – sunk any hopes of the Reds kick-starting their season.

Gundogan and Sterling both benefited before Foden cut in from out wide to produce a thumping shot that flashed in, his strike capping a first City win at the ground since May 2003.

What does it mean? City stride clear as Liverpool fall

Guardiola may have had a familiar sinking feeling on Merseyside when Gundogan deposited his penalty over the crossbar, meaning City have missed three of their past four spot-kicks against Liverpool in the league.

However, they were ruthless after the break to match Preston (ending in 1892) and Arsenal (ending in 1987) by winning 14 on the bounce.

While City are looking in ominous form, suggesting it could become a one-horse race for the title across the closing furlongs, Liverpool must surely now forget about defending their crown and focus instead on sealing a top-four finish.

At 20 years and 255 days, Foden is the youngest player to score and assist in a Premier League game against Liverpool at Anfield. Deployed as a false nine, the England international reached double figures for goals this season as he further demonstrated his rise from promising talent to key component in Guardiola's squad.

Ali down, Reds surely out

Alisson is the first Liverpool keeper to make two errors leading directly to a goal in a single game since Loris Karius – the man he was signed to replace - in the Champions League final in May 2018. While uncharacteristic, they perhaps demonstrate the fragile confidence running through the club.

Both teams play in the league again next Saturday, Liverpool travelling to Leicester City while Manchester City host Tottenham. However, before then, Guardiola's squad have the chance to make history when they go for 15 on the spin in a midweek FA Cup tie against Championship opponents Swansea.