The future of Socceroos prodigy Daniel Arzani is beginning to crystalise with his mooted move to Manchester City now appearing imminent, and an onward loan to either Celtic or PSV Eindhoven on the cards.

The 19-year-old Melbourne City playmaker showed glimpses of his seemingly limitless potential in three cameo appearances at the 2018 FIFA World Cup, and he flew to London after Australia’s exit to discuss his next career step with his agent Frank Trimboli.

While Roma, and a host of other European clubs have shown strong interest, it appears that he is headed for the Etihad, in a deal similar to the one which took Aaron Mooy to Manchester from Melbourne.

Mooy was loaned immediately to Huddersfield Town and subsequently sold to the Terriers, who paid a club record $17.5 million. West Ham and Newcastle moving in for Mooy

The City Football Group will seek to replicate the approach with Arzani, who while unlikely ever to play for Pep Guardiola, could net the club a significant sum in on-sale should he excel, as Mooy did, while on loan.

Arzani has been allowed to skip City’s pre-season tour of India, and is currently in Melbourne and ready to fly to the UK at a moment’s notice to conclude a deal which, with a year left on his contract, will net City a nominal fee from their parent club.

Sources in the UK claim that he will either join Socceroos teammate Tom Rogic at Celtic Park next season - where City had winger Patrick Roberts on loan for the past two years - or head to Eredivisie champions PSV for a re-union with Australia’s World Cup assistant coach Mark van Bommel. The Dutch legend was impressed with Arzani during their six-week long association with the national team and is keen to land him for the season as he takes the reins, with a view to a permanent move.

It’s believed that Bert van Marwijk, who the Socceroos in Russia, could also be appointed PSV’s technical director.

Melbourne City declined to comment on the latest developments but it’s been widely accepted since the conclusion of the World Cup that Arzani has played his last game in the A-League.

His lack of a European passport has been clouding matters, with his advisors believing at one point a move to Roma rather than Manchester City might now present the most lucrative pathway to the top. 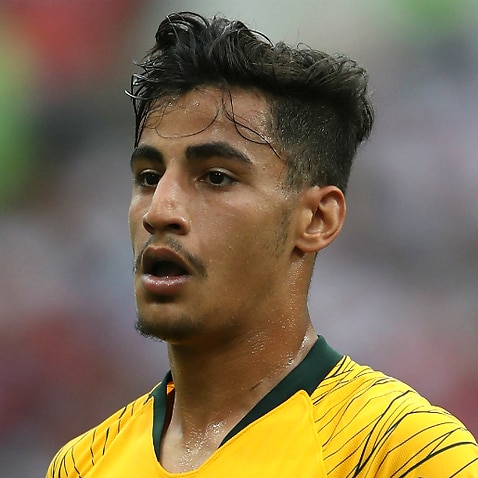 Not having a prized EU citizenship means he cannot currently access the lucrative market places enjoyed by Mooy, whose previous move from Melbourne to Manchester opened an Aladdin’s cave of riches in England courtesy of his Dutch heritage.

The Scottish FA’s requirements are less stringent than in England regarding work permits, theoretically paving the way for a switch north of the border.

Arzani’s co-agent, former Socceroos star Vince Grella, did not respond to requests for comment when contacted by The World Game.