Ole Gunnar Solskjaer is eager to pit his wits against a Leeds United team he feels will test Manchester United "to the limit" when the sides renew rivalries on Sunday.

There is little love lost between the cross-Pennine rivals, who have not met in the top flight since a 1-1 draw at Old Trafford in February 2004.

Red Devils boss Solskjaer is only all too aware of the importance of the fixture having featured in several contests himself as a player.

"I can't wait, it's been too long," Solskjaer said ahead of this weekend's fixture at Old Trafford. Rumour Has It: Man United to challenge Chelsea for Rice

Asked for his own memories of playing Leeds, Solskjaer replied: "Well there was fiery games, there was tackles flying in, players from both teams that were winners.

"We had a few fights of course but Elland Road wasn't the quietest place when we got off the coach and walked into the stadium put it that way.

"I enjoyed scoring two goals in a win at Elland Road. I came on as a sub and it was a header at the back stick [in the home game that season] from a cross from Giggsy (Ryan Giggs) headed back to the other side.

"They were two good teams back in the day. I liked the build-up to the games and the quality they had tested us as a team as well. Loads of good memories."

Edinson Cavani has been unavailable for United's past three matches due to a groin complaint and could face a potential ban after being hit with a Football Association charge on Thursday in relation to a social-media post.

"Of course we have spoken to Edinson about it, he has apologised, we know it wasn't meant in a malicious way, it was explained, there are cultural and linguistic differences," Solskjaer added.

"He's apologised, he hopes that mistake won't be costly. He's still working on his fitness, he's very meticulous on his rehab work.

"It's not felt right, he couldn't play this game [against Sheffield United], let's see the last training session how he feels. It was a muscle injury that he felt in his groin."

Saturday marks two years since Solskjaer was first appointed as interim boss to replace the sacked Jose Mourinho but the Norwegian had little interest in stopping to reflect on his time at the helm thus far. 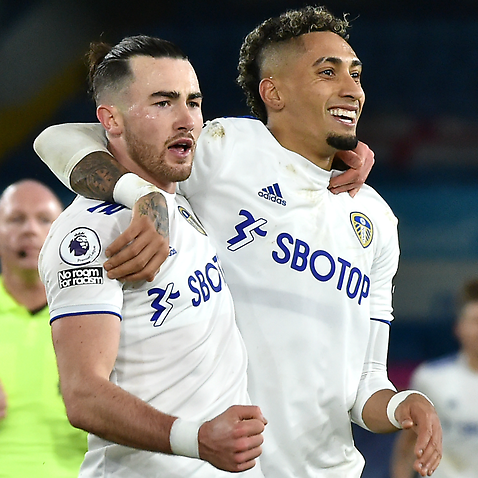 "I do not like, or I hate talking about what I think about what I've done or where we're at," he said.

"I don't enjoy that bit looking back, I always look forward. I know there's a lot of work to be done still to get to the standard I want and the level I want, that's what we're working on every day.

United were 3-2 winners at Sheffield United on Thursday, leaving them sixth and five points adrift of leaders Liverpool with a game in hand.