Harking back to a period between 2003 and 2018 when the Socceroos played 14 times in the English capital, the Arsenal Women coach claims that with 22 Matildas scattered across Europe it makes logistical and logical sense to stage camps and friendlies there in the build-up to the looming Trans-Tasman showpiece.

Setting up shop in London would also save cash-strapped FFA a small fortune with return business class tickets for a squad of 20-plus players likely to cost around $125,000.

A recent flurry of moves has swelled the Matildas contingent in Europe to record numbers, with nine of those players based in England alone.

“To me, it would make perfect sense to set up camps and play games over here,” said Melbourne-born Montemurro, who is among those in the running for the newly-vacant Matildas job. “For players to make trips back home to play and then get back into the cycle for their clubs - logic says camps and games in Europe would be the way to go.

“You have so many top national teams here on your doorstep with the likes of Netherlands, Denmark, England and Norway.

“You’ve got four games right there of high value and you’d be foolish not to consider playing the best in your lead-ups to big tournaments.

“It’s the players who will win you the Olympics or a World Cup and I’m sure FFA will be wanting to do the right thing to give them the best possible preparation.

“In the UK you’re surrounded by the perfect football environment.

“You’ve got pitches, stadiums, great training venues and the accessibly of everything over here. “Stability and security are key factors going forward, and the players knowing how the schedule will be shaped over the next two to three years.”

Arsenal alone boast three starting XI Matildas - Caitlin Foord, Steph Catley and Lydia Williams - and Montemurro is convinced FFA will already be pondering the London option, as they strategise for next year’s rescheduled Tokyo Olympics and the co-hosted World Cup beyond that.

In a COVID-19 age of ongoing travel restrictions and potential quarantine requirements, it might also make sense to exploit European travel corridors which are already up and running.

Montemurro views a potential clash between the sixth-ranked Lionesses and seventh-rated Matildas in London as a likely blockbuster.

The Socceroos’ fondest recollection of their stretch of games in London was the 3-1 dismantling of Sven-Göran Eriksson’s England at a freezing Upton Park in 2003. 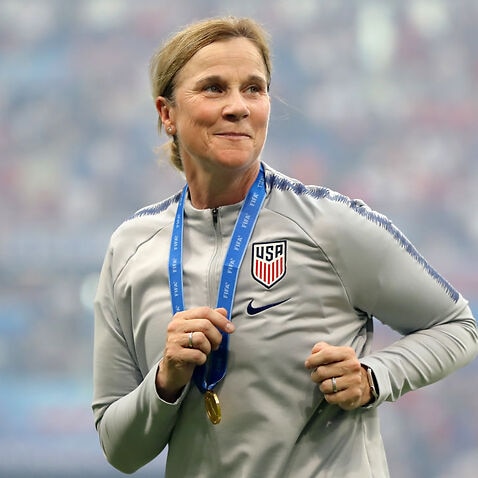 “I’m sure a game with England will happen - it will be a huge one,” added Montemurro. “There’d be a big turn out and a lot of interest.

“Ahead of the World Cup, England played Brazil at the Riverside and got 37,000.

“There’s a thirst for football among the public and hopefully we’ll see people allowed back in stadiums soon.”

As things stand, it’s unlikely the Matidas - who had to shelve scheduled friendlies with USA and Canada - won’t play again this year.

FFA had hoped to arrange clashes with New Zealand’s Football Ferns before Christmas but the recent coronavirus upsurge in Australia may have put that plan on the back burner.