Luis Enrique says Ansu Fati's self-confidence level is "not normal" after the Barcelona youngster made history in Spain's 4-0 Nations League win over Ukraine.

The teenager brilliantly won the penalty from which Sergio Ramos opened the scoring in Madrid and netted his side's third in fine fashion to give Spain a three-goal advantage before the break. 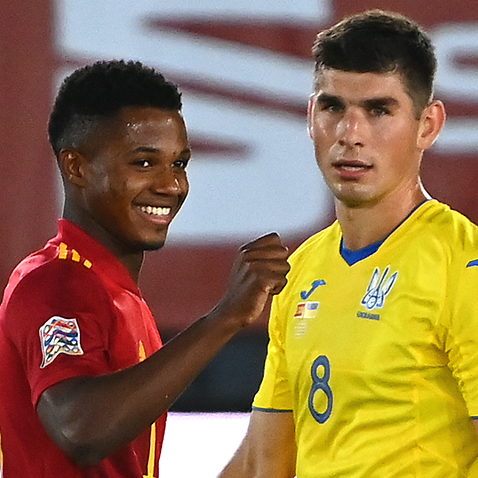 Fati's strike made him Spain's youngest goalscorer in history aged just 17 years and 311 days and head coach Luis Enrique has no doubt the prodigious talent will stay grounded.

"I'm not scared. I'm sure it won't go to his head, he's very humble," he told a news conference about Fati's first Spain start.

"We're going to know how to manage it. Although I know him, of course he surprised me, that he did that in minute two [won the penalty].

"Sure, he will have bad games, but that self-confidence is not normal to see. Ansu Fati is very happy and has reasons. He is only 17 years old and has to mature, but in his second match with the national team he dares to do all this.

"He brings work and humility. At his age it is easy for it to go to your head, but he is mature enough to know that the path he is following is the best. He is very calm and humble."

"I hope he can achieve many more things with the national team. He is a leader, but not only in words, with the example, which is how he leads," he added.

"He does nothing but add. It is very easy for a coach to have Sergio Ramos."