Steven Lowy will walk away from Australian football, confirming he will not renominate himself for chairman of Football Federation Australia.

Lowy took over from his father Frank Lowy in 2015, but said due to the political infighting he will end his family's 50-year association with football.

“I’m taking myself out of the equation because for those that want a different outcome to the board and what the board believes in, I and my family are used as a distraction to the real issues,” Lowy told The Australian.

“I want to remove from the debate once and for all any suggestion that the struggle to maintain an independent FFA board has anything to do with my personal interest or ambition.”

Lowy's decision comes after years of a bitter fight between FFA, A-League clubs, Professional Footballers Australia and the state associations around the governance of the game.

The protracted battle led to FIFA installing a "congress review working group" in order to help solve the issue, but as recently as last week it seemed unclear if any resolution was in sight as the A-League/W-League clubs and four state member federations seemed split on how to establish the balance of power in the new congress.

Let’s be fair dinkum, Lowy was cornered. The board was going to be spilled anyway at next month’s EGM if the CRWG vote didn’t get up. This is a chance for him to exit with dignity.

The 55-year-old will officially leave by the next FFA annual general meeting, to be held by the end of November.

Lowy made sure to criticise foreign owners of A-League clubs, who have been some of his biggest critics in his three-year chairmanship. 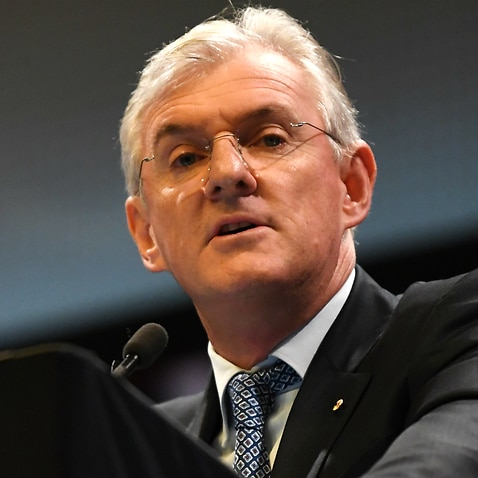 “We welcome foreign investment in our league. It is more than welcome; it is crucial. But when it comes to the whole of the game, it should not be controlled by ­foreign interests. That is what is at stake here," he said.

“To those who are tired of the debate and wish for an outbreak of peace so that the game can get on with life, I say: be very careful what you wish for.”

Lowy will hold a press conference today at 11am (AEST) at FFA headquarters in Sydney.