England ended Joachim Low's long reign at Germany boss, but it might have been different without Thomas Muller's Wembley miss.

Low highlighted Thomas Muller's missed chance during the closing stages as a pivotal moment in the 2-0 Euro 2020 defeat to England that brought down the curtain on his 15 years in charge of Germany.

Second-half goals from Raheem Sterling and Harry Kane booked a place in the quarter-finals for Gareth Southgate's side at a raucous Wembley.

But, after Sterling's third goal of the tournament, the Manchester City forward played a wretched pass towards his own half that released Muller.

The experienced Bayern Munich star bore down on Jordan Pickford's area and looked certain to score, only to fire wide.

"We didn't take advantage of the two great opportunities that we had with Muller and [Timo] Werner," Low said.

"It was obvious no team wanted to take too many risks, especially in their defensive work. It was expected that not many opportunities would be created.

"But you need to take advantage and be clinical if you want to succeed. The English side scored on their first opportunity and we didn't, so it was difficult.

"The team threw in everything but we were not clinical enough, not effective enough. The team needs to mature as a team to be more successful." 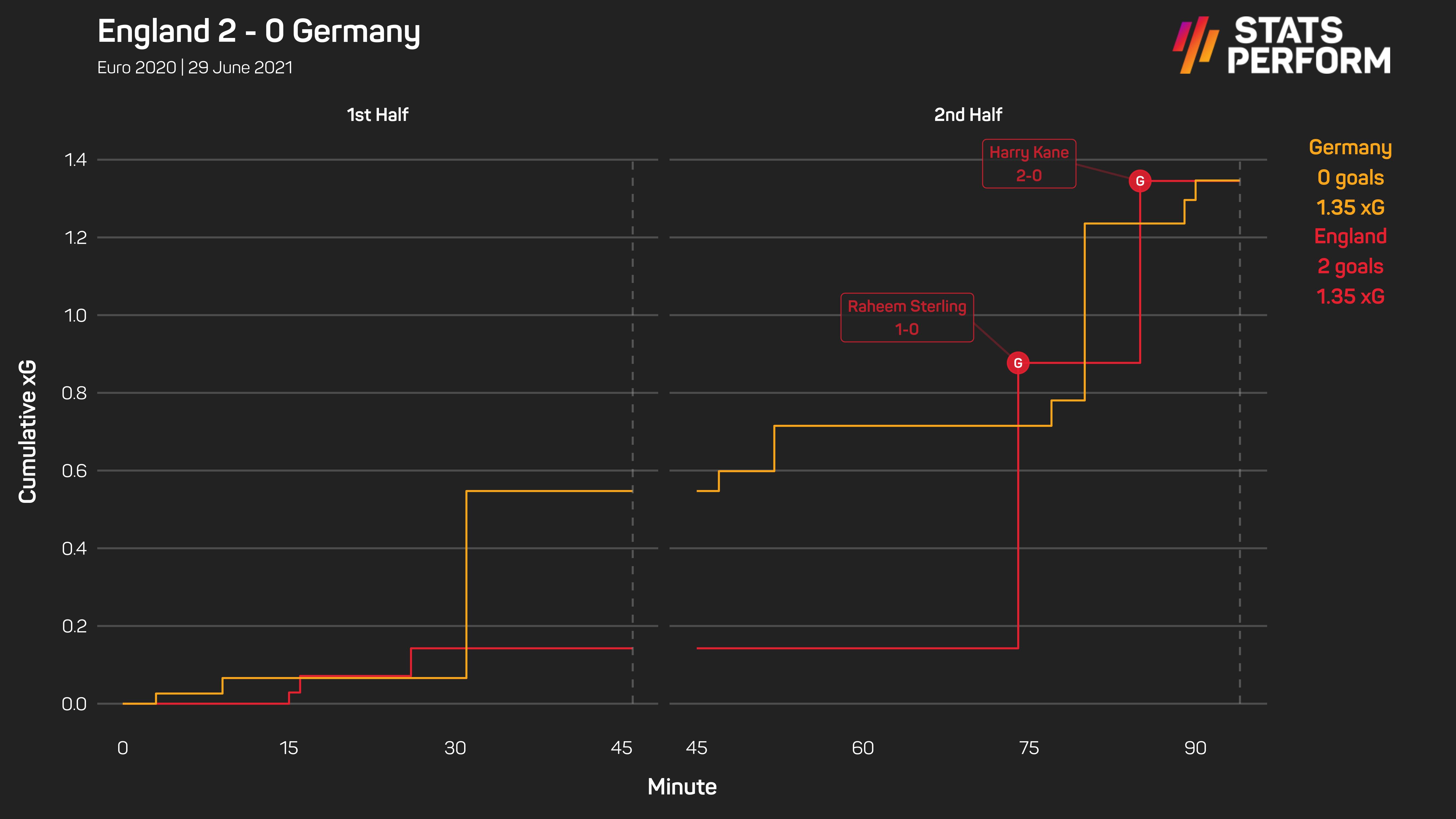 Low's announcement before the tournament means that such next steps will occur without him and Wednesday's reverse at Wembley saw a glorious reign limped to a forgettable conclusion.

A youthful Germany team lifted the 2017 FIFA Confederations Cup after another semi-final exit at Euro 2016 but they failed to get out of the group stage during their World Cup defence in Russia and Low was unable to regain momentum.

"At the moment I haven't taken any decision yet," he replied when asked about his next move.

"When I took my decision to stop after this tournament, I had different thoughts back then.

"We will see in the next days and weeks. After 15 years in this job, with all the responsibility that is involved, taking a break is necessary.

"There will be a time when you find new energy for something else. At the moment, I do not have any concrete plans."