English player agent Gary Williams is ramping up local support for his audacious proposal to stage the remainder of the Premier League season in Perth.

After meeting with Western Australia’s Sports Minister Mick Murray, Williams will convene with Venues West officials later today over securing the availability of Optus Stadium as one of four mooted match venues including the WACA and HBF Stadium.

It’s understood the government-sanctioned body are supportive of the idea, which would involve transplanting all 20 Premier League teams to Perth to finish the season, starting on June 16 and finishing on August 2.

The league has been on ice since March 10 as a result of the coronavirus outbreak, with the UK registering over 30,000 deaths, as opposed to just nine in WA. Premier League Down Under? Clubs in talks to finish season in Australia

Williams claims to have in-principle support from a number of clubs over staging the remaining 92 games of the season behind closed doors in the relative safety of WA, with games kicking off at 6:00pm, 8:00pm and 10:00pm Perth time, seven hours ahead of the UK.

“We have a meeting today with Venues West and this is all about determining if this is a viable proposition, which right now it is,” Williams told The World Game.

“There’s a Plan A among EPL clubs to complete the season there at neutral venues but not everyone is happy with it, unless they take relegation off the table.

“We are offering a Plan B, and we have a number of clubs who like the idea.

“If, after meeting Venues West, it still looks viable I will put it back to the Premier League and put the two in touch with each other.

“We’ve also had positive discussions with the Sports Minister here, as well as securing the support of Football West.” 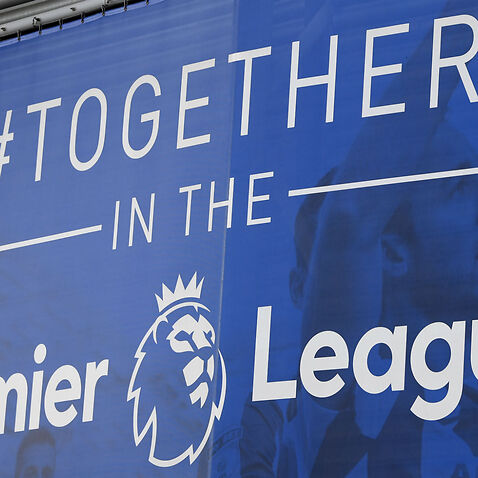 The idea, hatched by Birmingham-born, Perth-based businessman John Higgins, has been dismissed as implausible by the likes of Perth Glory owner Tony Sage, who points to the current closure of the WA border as one significant impediment.

But Williams is running with it.

“It would involve about 1500 players and officials coming into the country and spending a couple of weeks in quarantine,” added Williams.

“As long as the safety aspects are dealt with properly then there’s no reason it wouldn’t be sanctioned.

“There’s a lot of positivity about from the clubs we’ve spoken to.”

Perth State Senator Glenn Sterle has already voiced his approval, saying: “We have fresh air and good weather. It would be ideal.

“We have almost no new cases. It would just be a case of some quarantine for our friends when they arrive and then we are up and running.”