Liverpool fans have been urged to curb Premier League title-winning celebrations as festivities continue amid the COVID-19 pandemic.

Liverpool police have condemned the behaviour of fans who gathered in the city centre for a second night to celebrate their team's Premier League title win and urged them to stay at home due to fears of a surge in COVID-19 cases.

Local media reported that fans launched fireworks at the Royal Liver Building, with a fire breaking out on the balcony of the landmark owned by Farhad Moshiri, the majority shareholder of the side's local rivals Everton.

Liverpool's 30-year wait for their 19th English top-flight title ended on Thursday after second-placed Manchester City were beaten by Chelsea.

Thousands of fans turned up at Anfield stadium on Thursday to celebrate, and Merseyside Police issued a dispersal order on Friday after crowds gathered for a second night at the city centre near the Mersey Ferry terminal.

"Our city is still in a public health crisis and this behaviour is wholly unacceptable," Liverpool, Merseyside police and the Liverpool City Council said in a joint statement.

"The potential danger of a second peak of COVID-19 still exists and we need to work together to make sure we don't undo everything that has been achieved as a region during lockdown.

"When it is safe to do so, we will all work together to arrange a victory parade when everyone can come together to celebrate." 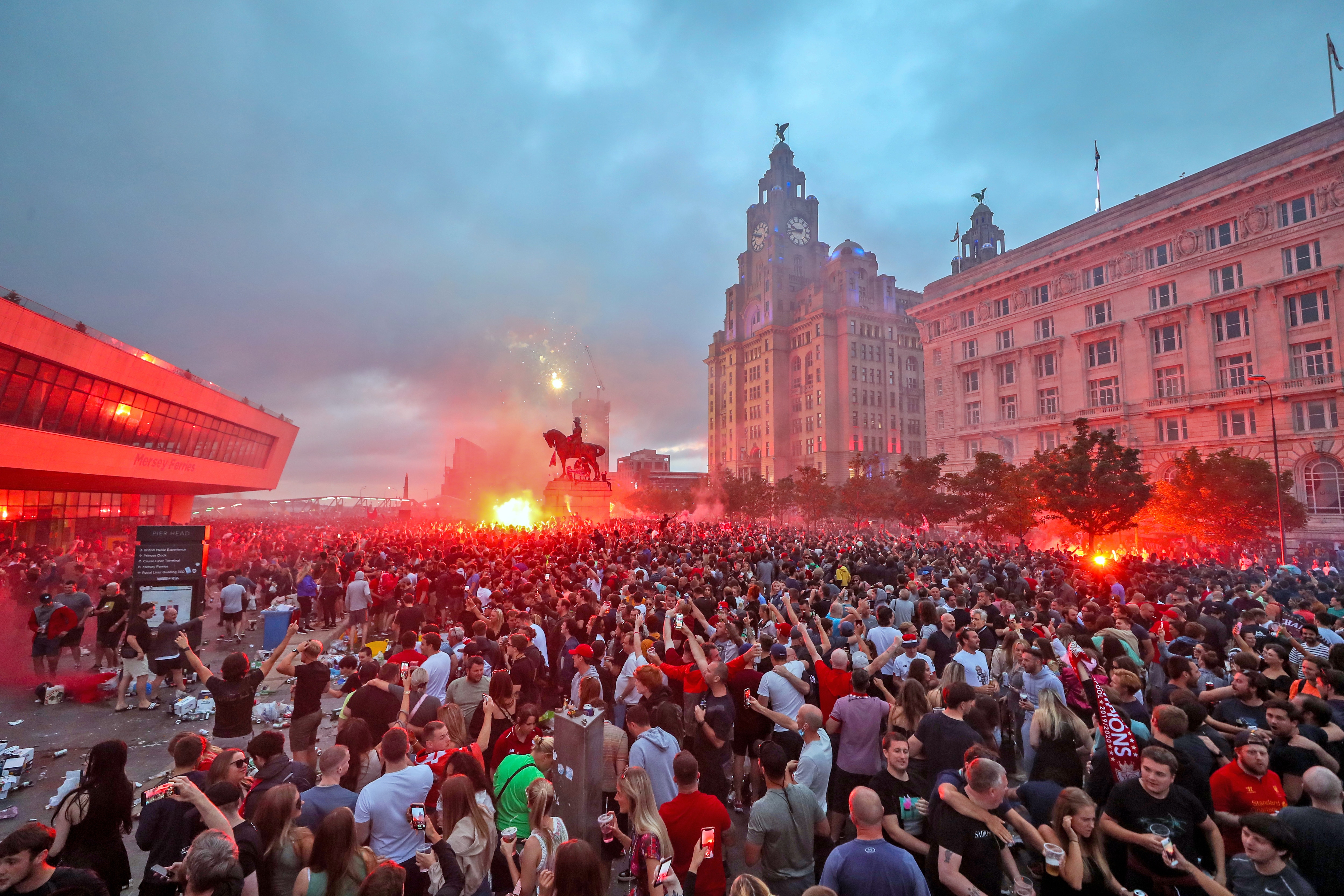 Liverpool fans let off flares outside the Liver Building in Liverpool.
PA Images

Police said the dispersal order would remain in force until Sunday.

Liverpool mayor Joe Anderson urged fans to return home after pictures of the crowd near the Mersey Ferry terminal emerged on social media.

"I appreciate LFC fans want to celebrate but please, for your own safety, and that of others, go home and celebrate at home," Anderson said.

"People are asking why we are not moving the fans on, or taking action to prevent them gathering. Councils simply do not have the power to do this. If you know someone who is there, please message them and ask them to come home."

Britain has one of the world's highest death tolls from the novel coronavirus. The country has reported more than 309,000 infections and over 43,400 deaths.