And according to record Reds goalscorer Rush, Liverpool will be well placed to defend their title next season after ending a 30-year wait to land the English crown.

Manchester City's 2-1 loss at Chelsea on Friday meant the Reds could not be caught at the summit.

Amid celebrations on Merseyside, Rush, a five-time league champion with Liverpool, told BBC Radio 5 Live: "This is for the younger generation. The younger generation must have been fed up of their parents or their grandparents saying, 'I remember when Liverpool won the league.'

"This younger generation can actually say now, 'I have seen Liverpool win the league.' And they can hopefully go on to bigger and better things.

"We've waited so long. At one stage you were thinking: will the season be finished?

"We got there in the end. I think it's going to be a very, very good few days."

Rush was a member of the 1990 championship-winning side and felt it would have been seen as ridiculous at the time to suggest Liverpool would not land another top-flight title until 2020.

"If you'd asked me that in 1990, would that be the case, I'd have just laughed and said, 'Don't be stupid.' It's like the Holy Grail - great managers have tried and failed, and Jurgen Klopp has come and delivered and it's absolutely amazing for the club," Rush said.

The Liverpool teams of the 1970s and 1980s were trophy-winning machines, but Rush says the current breed bear comparison to those sides.

"I say you can compare teams when they've won things and now this team have won things," Rush said. "To break records for Liverpool Football Club they'd have to be right up there. It's as simple as that. The stats tell you the story." 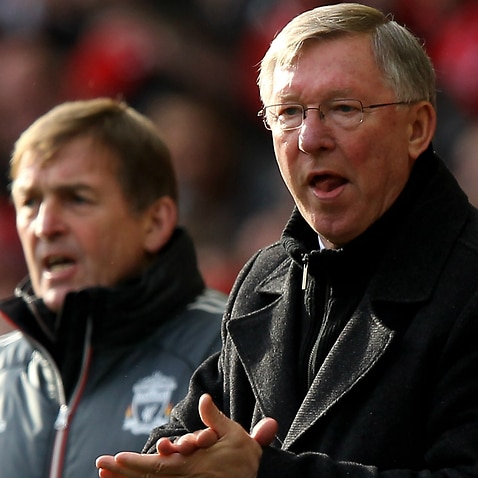 The record in Liverpool's sights is for the most points accumulated in a Premier League season, with 15 points required from seven games to pass Manchester City's total of 100 from the 2017-18 campaign.

"If they can go on and win five of those seven games, which I think they'll be going for as well, they'd have to be right up there," Rush said.

"We always got told at Liverpool that the easiest thing is winning it, the hardest thing is retaining it. I tell you what, this side are quite capable of doing that, and the next three to five years I think Liverpool are in a very good place.

"These players will become legends of Liverpool and rightly, deservedly so. Hopefully this is just the start of things."