It wouldn’t be an English Premier League weekend without talking points and there were none bigger than the issue of Jordan Pickford’s terrible challenge on Virgil Van Dijk as Everton drew 2-2 with Liverpool in the Merseyside Derby.

The Dutchman is one of the few people who seems to know how to defend in the league this season and the news that he is likely to miss the rest of it, is a huge blow to the champions.

He is probably the team’s most important player. The title race was already looking to be open this season and that feeling is even stronger with the player’s absence.

Obviously there is anger from Liverpool fans. A moment of recklessness could cost them dearly. The fact that Pickford went unpunished adds insult to the serious injury. It is hard to understand how the Everton number one did not see red especially as officials had been looking at VAR anyway. 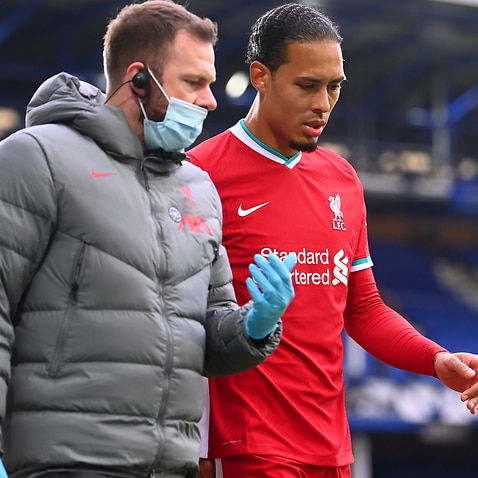 Van Dijk set for knee surgery, likely out for the season

There have been calls to rectify that and some have even gone as far as demanding that Pickford be banned for as long as van Dijk is injured.

Mark Bosnich said as much on Sky Sports. "I really do think that if that's the case, the powers that be have got to look at, maybe as a deterrent, how long the player you tackle is out, whether you meant it or not, is how long will be suspended.

"Because like I said, these types of tackles and the one later on from Richarlison, even though I thought Richarlison's was worse than Pickford's. Regardless of whether they mean it or not, it's putting the other players at risk and in danger.

"And I think the only way, like I said, long-term to deter players from actually putting themselves in the position where they're going to risk an opponent is to actually consider the rule."

Such demands have been echoed elsewhere but it could not work. It hardly needs saying that there are innocuous challenges that result in serious injury and terrible tackles where the victim emerges scot-free. 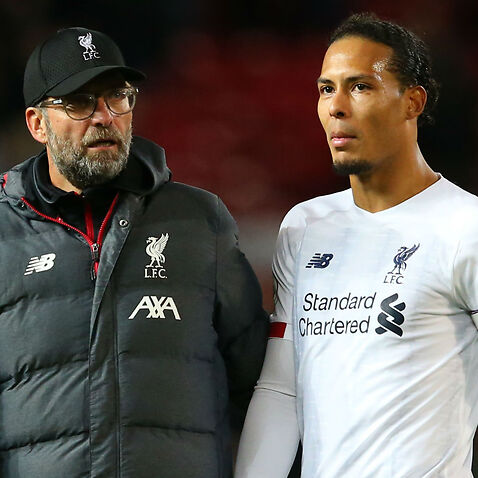 Dishing out punishments that are connected to the injury of the affected player would be hugely problematic. As Bosnich said, Richarlison’s tackle was worse but the outcome in terms of injury to the other player was not.

Anyone who has played football can injure another in an instant and it almost happened to the Australian goalkeeper too. I remember the furore when he almost took Jurgen Klinsmann’s head off as Aston Villa played Tottenham Hotspur in 1995.

The German escaped serious injury but was far from happy.

"It made me really angry because I could not see any possibility for him to get to the ball,” Klinsmann said. “He left the 18-yard box and, knowing he could no longer use his hands, I think he took the risk to hurt me, to foul me. I think I was just lucky that nothing really bad happened to me.

"I guess it was really difficult for the referee to see the whole situation. I didn't know where his position was and maybe he just thought `these two, they crash together and it was no one's fault', but the foul was actually really bad." 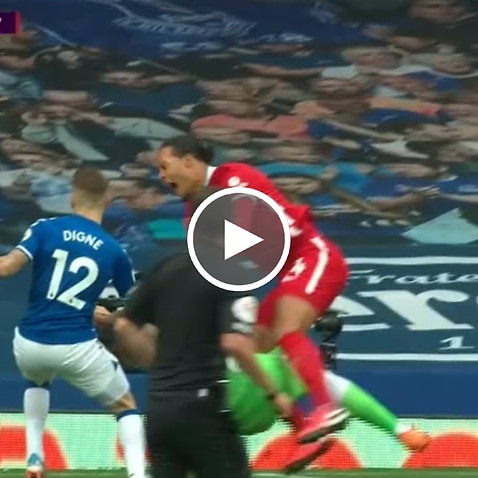 A lot of the debate is being fuelled by anger, which is understandable but even calls for retrospective punishment for tackles should be treated with caution. Few would argue against Pickford getting a red card but it can be a slippery slope in which a growing number of decisions end up getting made after the game has finished.

It has been said that this is only huge news because it is Liverpool and van Dijk which is certainly true but this is the nature of everything. Domestic happenings in the United States are reported worldwide to an extent that goings-on in Slovenia are not. Liverpool are big news, Van Dijk is a big player and the Merseyside Derby is a big game.

But there are bigger games to come and Liverpool have to pick themselves up from a damaging weekend.