The focus of the football world was still firmly on EURO 2016 just two days after Portugal's dramatic win over France when 1,632 fans witnessed what is already one of the biggest shocks of the upcoming season as Celtic fell to a surprise 1-0 defeat at Lincoln Red Imps.

Newly appointed Celtic manager Brendan Rodgers was quick to downplay the significance of the Champions League qualification loss at the Victoria Stadium, insisting it was "not an embarrassing result" for the one-time European Cup winners at the hands of Gibraltar's champions. 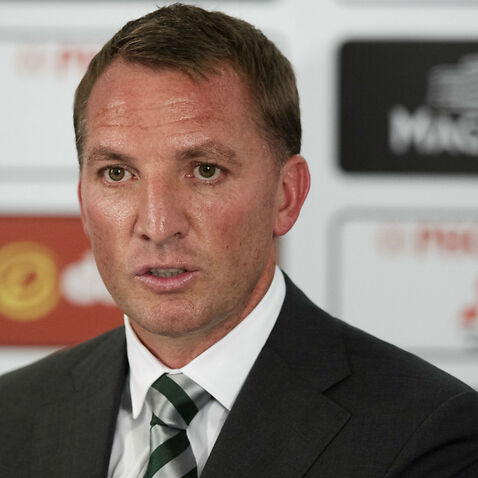 Yet there is no denying Lincoln's victory courtesy of a single Lee Casciaro strike was at the very least a remarkable result.

Rodgers can count on hugely promising youngsters such as Moussa Dembele and Patrick Roberts, as well as seasoned professionals like Craig Gordon, Scott Brown and Leigh Griffiths. The Red Imps, meanwhile, consist of a team of hard-working semi-professionals of whom several have a job on the side.

When Scotland and Gibraltar met in the Euro 2016 qualification campaign, the Scots won 6-1 at home - Casciaro was on target that day for the visitors at Hampden Park - before recording a 6-0 away win.

A similar result was to be expected when Celtic travelled to Gibraltar for last week's first-leg encounter.

"Celtic are a great club and a great team with magnificent individual players," McElwee told Omnisport.

"Expectations are always high when you play for such a great club and so when your standards drop even very slightly the reaction can be slightly exaggerated. I think that the focus of attention after Tuesday's first leg was naturally Celtic as they are a huge club."

Until this season, a 2-1 win over Santa Coloma in the first round of the Champions League qualifiers in 2015-2016 was Lincoln's biggest achievement. That highlights the scale of the victory at the expense of Celtic, even if Lincoln realise a tough task awaits in Wednesday's return.

"The win was very special for Lincoln as a club as it has put us on the football map and raised our profile somewhat," McElwee added. "We are a small family club which prides itself on bringing through young Gibraltarian players via our junior teams with the idea of preparing them to play in our first team.

"The second leg will be different to the first. There were several factors for the first leg which we think were favourable towards us. In the second leg it will be the opposite with factors in Celtic's favour. We would love to think that the second leg is finely poised. But we will have to play even better if we want to spring another surprise."

Lincoln's fairytale win over Celtic will have reminded some of the recent successes of minnows such as Wales, Iceland and Leicester City, but McElwee is adamant they are not getting carried away.

"We think Leicester, Iceland and Wales are truly inspirational stories, but we are a humble family club and we are approaching the second leg only thinking of our own situation and how we can improve our performance for the match," he continued.

"We think the media will put all these underdog stories together, but we have not discussed them as a source of inspiration."

Having won the Gibraltarian league title 14 times in a row, there is no denying Lincoln Red Imps are one of the most dominant sides around in the game.

Nevertheless, McElwee has made it clear there is no magic formula behind their domestic hegemony.

"There's not really a secret behind our domestic success," the Lincoln assistant stressed.

"It's down to the hard work, commitment and dedication of all the players and management teams down the years. Above all the motivation the players have shown and continue to show has been extraordinary."

Few neutrals will have recognised any of the Lincoln Red Imps players ahead of last week's surprise win, but that's not to say there is no potential for any of them to make the step up to a bigger league at some stage.

"Undoubtedly some of our players have the ability to play at a higher level," McElwee said.

"You have to remember that some of the players are part-timers and have work and family commitments which they may have to sacrifice to play at the higher level.

"We think that with Gibraltarian players and football developing a higher profile there will be opportunities for younger players to play professionally at the higher level."

Last week's win was a superb start to Lincoln's attempt to boost the profile of the game in Gibraltar. Another stellar performance at Celtic Park on Wednesday could very well see the tiny country go crazy even more.