Brescia midfielder Tonali, 19, is linked with some of Europe's biggest clubs, having made his Italy debut late last year.

Barcelona, Juventus, Inter and Milan are reportedly interested in the midfielder, who has been compared to Italy great Andrea Pirlo.

Totti, an Italy and Roma great himself, believes Tonali will develop into one of the world's best.

"He will become one of the strongest central midfielders in the world, like Gerrard, De Rossi or Lampard," he told TV presenter Paolo Bonolis during an Instagram Live chat on Thursday.

"He's a mix between Pirlo and [Gennaro] Gattuso too.

"He has everything a player can have.

"He has an incredible change of pace, he's technically good and he's always calm, both in important games and in easy games." 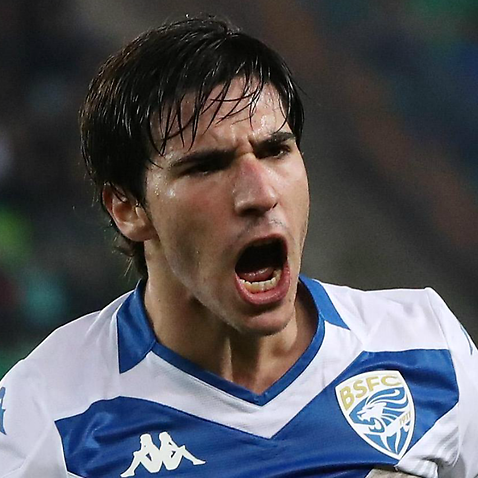