Iconic SBS football presenter Les Murray AM will be honoured with a state funeral after it was confirmed by New South Wales Premier Gladys Berejiklian.

Tributes poured in from across the football world for Les, aged 71, who passed away on Monday.

Les will long be remembered for his 35-year contribution to football in Australia.

Federal opposition Leader Bill Shorten was quick to insist the Murray family should be offered a state funeral and now the NSW government has obliged.

"On behalf of the people of NSW, I extend my deepest sympathies to Les Murray’s family, friends and colleagues,” Ms Berejiklian said.

"Thanks in large part to Les’s tireless and passionate advocacy, football is now one of the most popular sports in the country and part of our mainstream sporting consciousness. 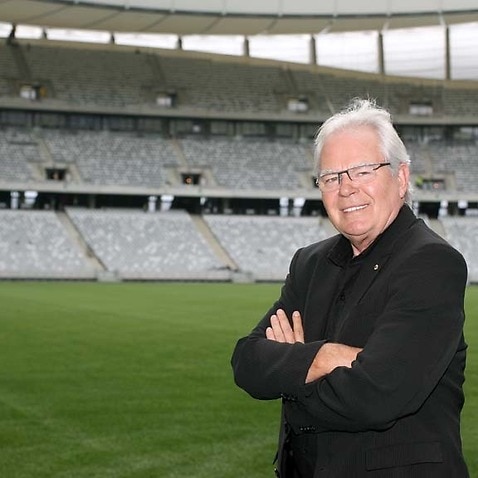 "But Les’ good work was not limited to sport alone. Les, who came to Australia as a refugee from Hungary, was an inspiration to many communities across our multicultural society.

"Les epitomised the post-war generations of migrants who helped make Australia what it is today.

"Les passionately embraced his new life and gave back to his community in spades."

SBS has welcomed the announcement from Ms Berejiklian with Managing Director Michael Ebeid saying: “We’ve seen an incredible outpouring of grief from the football world and beyond since Monday, with tributes flooding in for the man who will be remembered as a much loved sporting personality, broadcasting icon, partner, father, grandfather, colleague and mentor - and above all, an inspiring Australian story. Some of the best of Les Murray

“You’d be hard pressed to find someone more passionate about football, and a stronger advocate for the role of the game in bringing people together.

“Les was not only an instrumental figure in the popularity and success of football in Australia and making the world game a part of our culture today, but throughout his life he was also a dedicated advocate for refugees and a champion of multiculturalism, someone who truly embodied what SBS represents.

“It’s entirely fitting that his life and lasting legacy will be marked in this way, recognising his incredible contributions to the game and country that he loved.”

No date or venue has been set for Les' state funeral as yet.