Leicester City reached the FA Cup final for the first time since 1969 as Kelechi Iheanacho continued his sensational form to secure a 1-0 win over Southampton.

Iheanacho had scored more FA Cup goals (13) heading into Sunday's contest at Wembley – which was played in front of a small crowd – than any other player since the start of 2015-16, and it was his second-half strike which proved decisive.

Playing in their first FA Cup semi-final since 1982, Leicester had the better chances throughout, although Iheanacho's effort was the only shot on target in the entire contest.

It gave the Foxes their first win at the new Wembley in four attempts and Brendan Rodgers' side will now chase a second when they face Chelsea in next month's showdown. 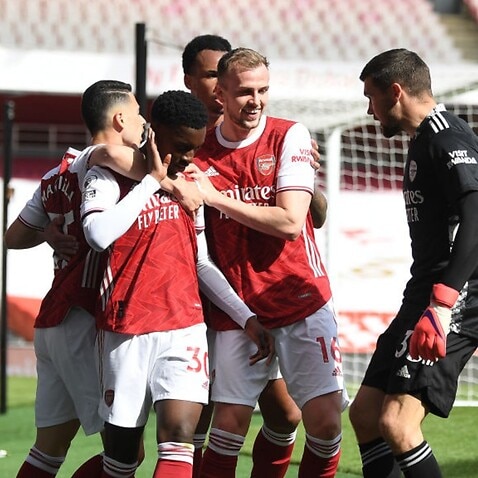 The 4,000 socially distanced fans were not treated to a true opportunity until Jamie Vardy raced through after half an hour, only to slice a close-range chip into the side netting.

With Southampton having more possession without threatening Leicester's goal – they finished the first half without registering a single attempt – Wilfried Ndidi had the next chance, his looping header landing on the roof of the net.

Leicester's breakthrough arrived 10 minutes after the restart. Vardy spun his marker to get to the byline and squared for Iheanacho, who slotted in after his initial effort was blocked. 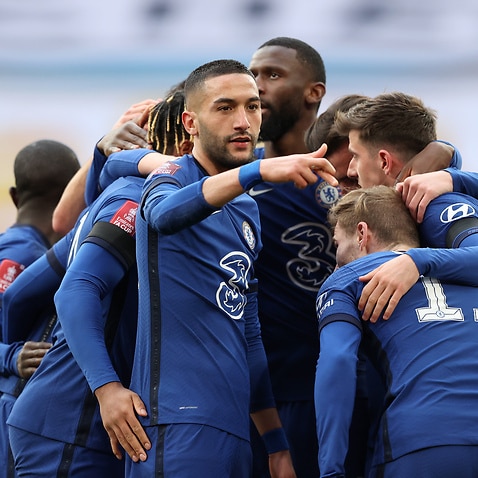 Returning from the bench after his club-enforced suspension for a breach of COVID-19 regulations, James Maddison could have made it 2-0 with 13 minutes remaining but thumped over from Iheanacho's pass.

Maddison went closer still moments later with a venomous shot that flashed across Fraser Forster's goal, though a blunt Southampton attack failed to make Leicester pay for those missed opportunities.

What does it mean? Long wait over for Leicester

Leicester have never won the FA Cup, having gone down 1-0 to Manchester City in their previous final appearance, back in 1969.

The gap of 52 years is the longest between finals since Portsmouth went 69 and Cardiff City 81 before facing one another in 2008, while Southampton have now been eliminated in eight of their past 10 FA Cup semi-final appearances, two of which have come in the past four seasons.

It has been some 2021 so far for Iheanacho, who took his tally for the campaign to 15 goals in all competitions. He is the first Nigerian player to reach that mark in a single season for a Premier League club since Odion Ighalo scored 17 for Watford in 2015-16.

Iheanacho's strike also means that all of the previous four FA Cup goals scored at Wembley have been netted by African players: also Pierre-Emerick Aubameyang (twice), in last season's final, and Hakim Ziyech, who got Chelsea's winner against Manchester City on Saturday.

Spectators hardly treated to a classic

This game was treated as a tester event for fans returning to stadiums, though the few thousand spectators at Wembley were not provided with the most memorable of matches.

There were 16 shots in total, with Leicester managing 10 of them. However, the only attempt on target was Iheanacho's goal, and while Southampton toiled, star man Danny Ings might as well have joined the crowd in the stands as Ralph Hasenhuttl's side failed to test Kasper Schmeichel once.

Leicester are back in Premier League action against West Brom on Thursday, with Southampton facing Tottenham a day earlier.