Leeds United have announced the signing of left-back Junior Firpo from Barcelona on a four-year contract.

Firpo had scored three goals and provided five assists from 26 chances created in all competitions in his final season at Betis, appearing 29 times.

But he struggled for opportunities at Camp Nou, with Spain international Jordi Alba the clear first choice.

Firpo scored twice and supplied two assists across two seasons for the Blaugrana, with only 22 of his 41 outings coming from the start.

He hailed Leeds boss Marcelo Bielsa as a key factor in his decision to join the club.

"I saw him [Bielsa] in Spain when he trained there," Firpo told Leeds' official website.

"I know the coach that he is, and for me he is a really good coach. He wants to press all the time, play one against one many times, and for me that's my football.

"Physical football, running, having the ball, for me it's not a problem and I think he will help me go to another level. 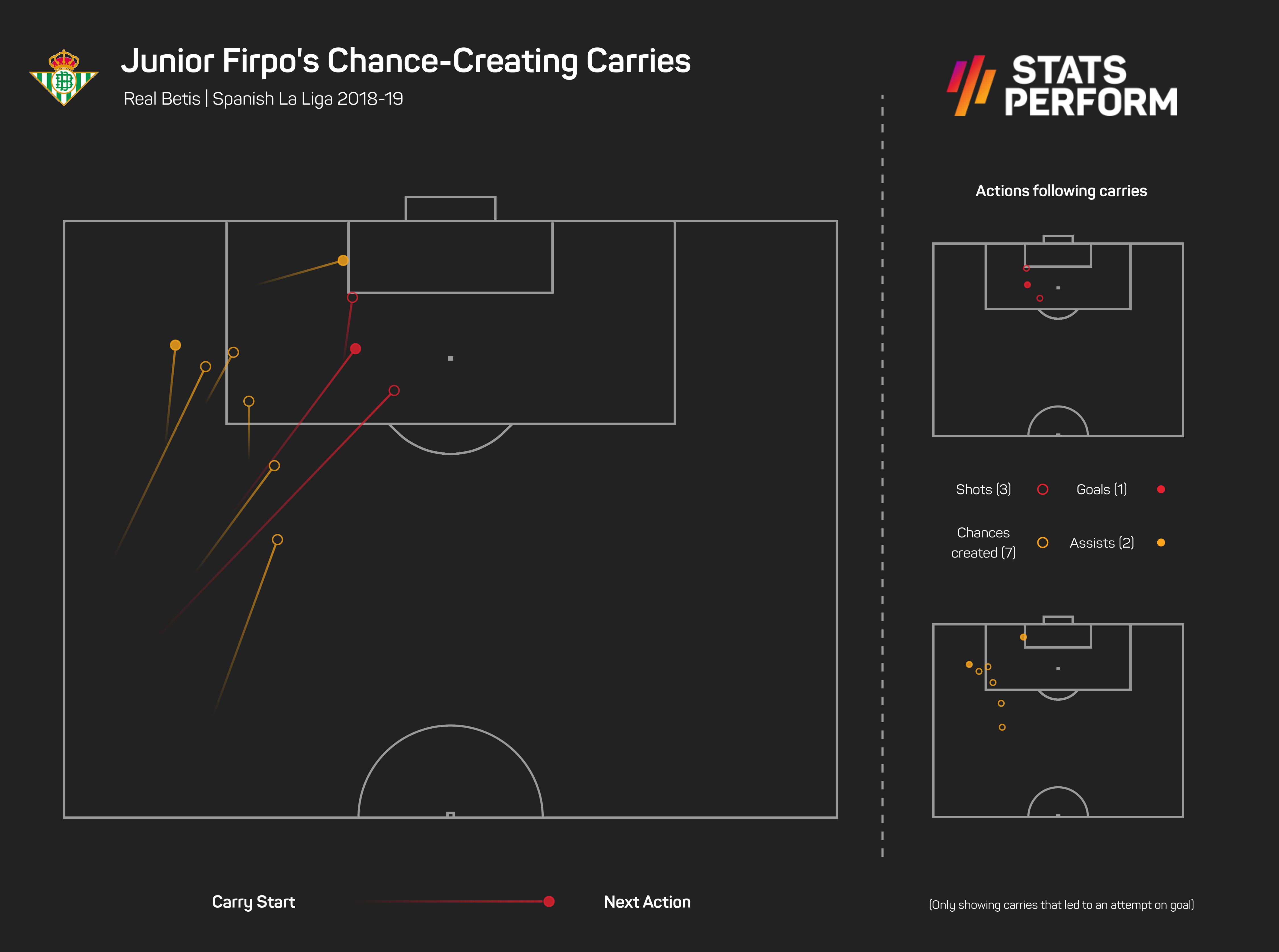 Firpo would appear to be a direct replacement for Ezgjan Alioski, the North Macedonia international who spent much of last season at left-back before his contract expired.

Ranking Alioski's 2020-21 output against Firpo's in his final year at Betis, the pair are comparable in an attacking sense.

Alioski's defensive shortcomings should not be quite so evident in Firpo either, with the new man dribbled past 0.62 times per 90 against the outgoing player's 1.43.

Stuart Dallas, who also filled in at left-back, was beaten even more often (1.53 times per 90), although he played in numerous roles.