Leeds United missed the chance to go six points clear at the top of the Championship while Brentford boosted their promotion hopes further.

Marcelo Bielsa's men could have strengthened their grip on top spot with a home win over the league's bottom club Luton Town but were held to a 1-1 draw on Wednesday (AEST). 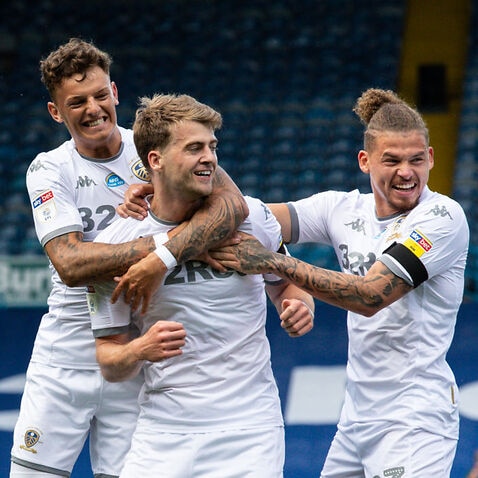 Leeds edge closer to promotion with big win against Fulham

West Brom can cut Leeds' advantage to one point with victory in their midweek trip to Sheffield Wednesday but will be looking over their shoulder at surging Brentford.

The Bees made it three wins from three since the resumption of the season - and four in four - goals from Bryan Mbeumo, Josh Dasilva and Joel Valencia securing a 3-0 defeat of Reading that moves them within two points of the Baggies in the second automatic promotion spot.

Barnsley are only a point adrift of safety after beating Blackburn Rovers 2-0 while elsewhere Cardiff City drew 0-0 with Charlton Athletic and Millwall's clash with Swansea City ended 1-1.