Leeds United took a huge step towards promotion to the Premier League with a 3-0 victory over Fulham at Elland Road.

After West Brom lost at Brentford on Friday, Leeds' impressive win saw them bounce back from last week's defeat to Cardiff City and move top of the Championship.

Birmingham City and Hull City shared a dramatic 3-3 draw, while there were no goals in the match between Barnsley and Millwall.

LEEDS CLOSING IN ON TOP FLIGHT

The 2-0 away defeat to Cardiff in the first match after lockdown was a concern, but even the most pessimistic Leeds fans must concede things are looking good now.

With seven games to go, Leeds are three points clear of West Brom and have opened up an eight-point cushion over third-placed Brentford.

The win over Fulham also dealt a hammer blow to their opponents' chances of automatic promotion - they are now 10 points off the top in fourth. 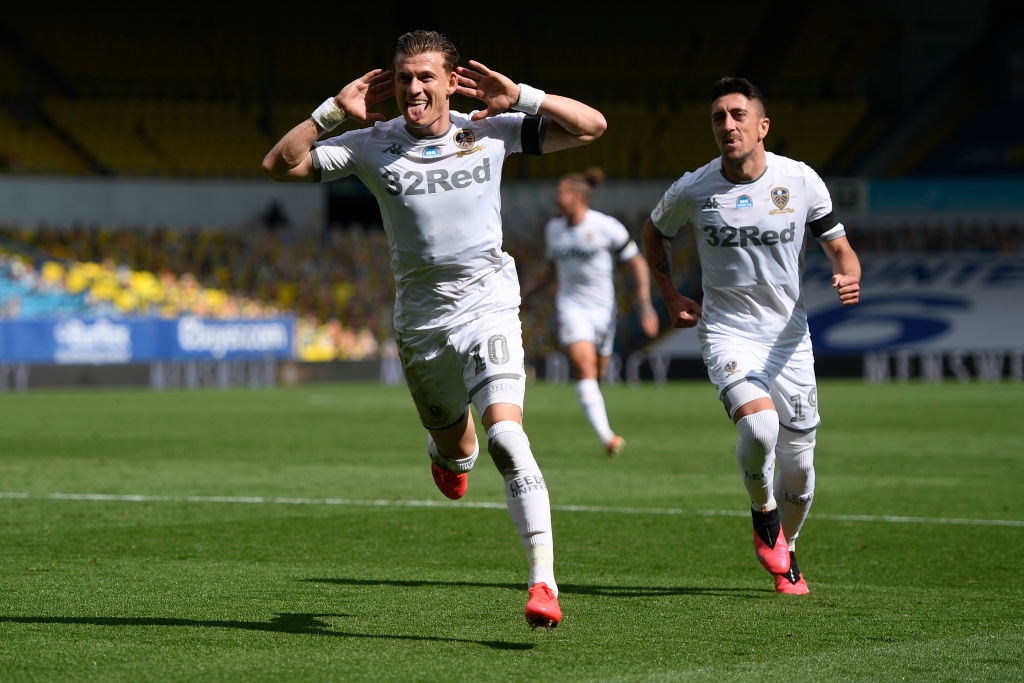 Leeds made sure of the points after the break when Ezgjan Alioski was set up by Jack Harrison, who went on to score the third after racing onto a Pablo Hernandez throughball.

Neeskens Kebano was sent off for Fulham in stoppage time, while key striker Aleksandar Mitrovic may face retrospective action after an apparent elbow on Ben White went unpunished in the early stages.

Cardiff continued their momentum with a potentially pivotal win over Preston North End, one of their main rivals for a play-off place.

The Welsh side moved above Preston into sixth place courtesy of a 3-1 away triumph given to them by late goals from Nathaniel Mendez-Laing and Robert Glatzel.

All four goals were scored in the last 21 minutes, with Joe Ralls' header putting Cardiff ahead before Daniel Johnson equalised.

Derby are only three points off the top six after Tom Lawrence's fine strike and a Wayne Rooney penalty earned a 2-1 home win over Reading, whose goal was scored by Andy Rinomhota.

Lawrence and Reading's Matt Miazga both received red cards for a clash just after the final whistle.

Middlesbrough won 2-0 at Stoke City to give Neil Warnock an ideal start after his appointment as manager.

Ashley Fletcher and Marcus Tavernier scored in each half, while Stoke's Nick Powell was sent off a minute from time.

Huddersfield Town, who face fifth-placed Nottingham Forest on Sunday, dropped into the bottom three without playing.