Eddy Bosnar knows a thing or two about playing in Asia and the former central defender also knows what it is like for players to be left in limbo as seasons are delayed.

Just as Australian exports Adam Taggart and Mitch Langerak are dealing with delayed leagues in South Korea and Japan due to the coronavirus, Bosnar was playing for Shimizu S-Pulse in 2011 when the devastating earthquake and tsunami hit.

The J.League was postponed by six weeks as the country came to terms with the tragedy.

“It was a sad time off the pitch and you could feel it everywhere,” Bosnar told The World Game.

“We were close to the coast and the area of Shizuoka got hit hard. There were some players from Sendai, where it was worst, and it was very tough for them.”

“The focus on football went away but we played a lot of friendly games, tried to help the community.

“It makes it difficult for the coaching staff.”

It presents a big challenge for coach Peter Cklamovski.

The Aussie boss joined Shimizu as head coach in December and has had just one game in charge.

After the J.League’s decision on Tuesday to suspend the league for at least three weeks, Ange Postecoglou’s former assistant has to figure out how to keep his team sharp. 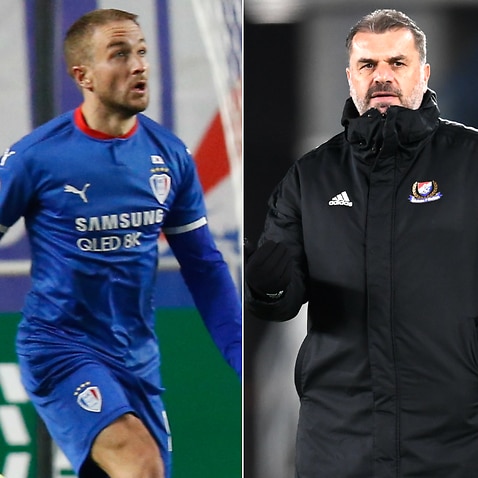 As east Asian football grinds to a halt, Australia waits and watches

“The problem that you have - when you have a squad that is not the strongest - is that when the league restarts there are a lot of games in a short space of time and that can be difficult,” the 39 year-old said.

“At Shimizu we found it hard, it was hard mentally when you are playing lots of friendly games and waiting for the start."

“But you realise that there are some things that are more important than football."

Bosnar believes that Cklamovski has a tough job regardless.

“Shimizu is a difficult club to manage, a real Japanese club. The locals love the area and are very proud of the area and they love young Japanese players.

"Foreigners are liked but you have to be good. When you are going well, it is a great place to play and a very tough place for other teams to visit.”

After leaving Shimizu, where he played with the likes of Shinji Ono and Freddie Ljungberg, Bosnar moved to South Korea and Suwon Bluewings.

“I always liked Taggart and played against him,” Bosnar said.

"It is really difficult to score in the K-League as Korean defenders are very good,strong, good in the air and are technically excellent.”

“He has done really well, though it is a pity that these players don’t go to Europe first and then Asia on the way back."

For a player who saw action in China, Japan, South Korea and Australia, Bosnar sees the K-League as a top-level competition.

“For me, it was the toughest league in Asia that I played in. Coaches are tough on players, as they are in Japan, which is one reason why Koreans and Japanese players always want to go to Europe.

“It is more comfortable in Australia and players here are not as hungry to move. When I came back to Australia after Asia I trained one or two hours a day.

"I was at the clubhouse in Japan from eight in the morning until four in the afternoon. In Korea, I came home twice a week and my wife told me it was the worst time of her life. Australian players need that hunger.”

WATCH: Singh back in action for Bayern II