The back-to-back champions host Adelaide United at Netstrata Jubilee Stadium on Saturday with a place in the June 26 grand final up for grabs.

Claiming a third successive grand final win was a key reason in Le Fondre returning to Sydney in April after a successful stint in India with Mumbai City FC.

Since his return the 34-year-old has scored three goals in five appearances, including a double against Adelaide in a 4-1 win over the Reds last month. 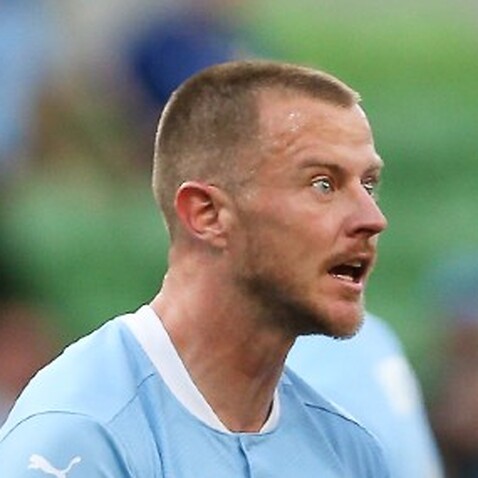 But coming through his first full 90 minutes against Brisbane a fortnight ago before the finals is a bigger milestone for the Englishman, after the disruption of a quarantine period following his return from India.

"It was good for me to know that my body can cope with that 90 minutes," Le Fondre told AAP.

"I've had a few niggles obviously coming back and coming straight out into training and setting a high bar physically, but I've got through them and it feels as if my body is ready now to hit the levels I was at before.

"It felt like the first four or five games were a preseason for me and I finally feel like I'm hitting the physical capacity that I need to be at."

While Sydney head into the finals without Socceroos trio Andrew Redmayne, Rhyan Grant or Ryan McGowan, the partnership between Le Fondre and Brazilian veteran Bobo as well as experienced New Zealand international Kosta Barbarouses poses a significant threat to any team.

Sydney has played five, won five, since Le Fondre's return but while that form indicates a team-building nicely into finals, the experienced striker is also wary of an Adelaide team with nothing to lose that is coming off the back of an upset elimination final win over the Roar last weekend.

"As a team we're all quietly confident of the way we're going but obviously the main thing is just to focus on this game and we have to take care of the game in front of us," Le Fondre said.

"No one is allowed to step out of line and think beyond that because it would be disrespectful to Adelaide."

The Reds will once again travel without fringe Socceroo Craig Goodwin, whose season appears to be overdue to an ankle injury picked up in training last week, while Kusini Yengi's hamstring injury also keeps him out of Saturday's game.