Australia goalkeeper Mitch Langerak, who plays for J.League giants Nagoya Grampus, declared he is in the best form of his career as his side makes a late bid for the honours in one of Asia's strongest domestic competitions.

Fresh from keeping a third straight clean sheet and ninth overall in the league (plus two matches in the J.League Cup), Langerak said he has never felt in better shape or form but admitted he was eager to take his game to a new level.

Langerak won the A-League with Melbourne Victory in 2009 and a year later left Australia as a 21-year-old to sign for German giants Borussia Dortmund.

Langerak played almost 40 competitive matches over five seasons for Dortmund but the experience he gained from training and playing with a set of world-class players like Robert Lewandowski, Marco Reus, Mats Hummels and Mario Gotze has served him in good stead.

"I feel I am the best player I have been in my career because I have had time to develop so, yes, I think I am the best version of myself at the moment as a keeper," Langerak, 32, said after helping Nagoya thrash Consadole Sapporo 3-0 to consolidate their fourth position in the league behind leaders Kawasaki Frontale.

"I am also enjoying being an important player in the team with added responsibilities after my first two seasons here when we were rather under the pump.

"This season, however, we have a better squad and we are really firing. We have dominated almost every game we played in. We also are the only team to have beaten Kawasaki this season. 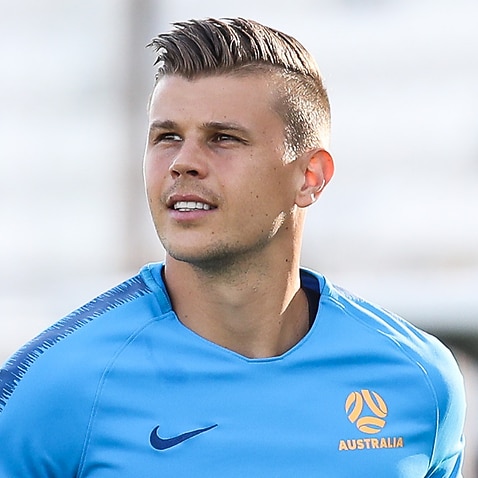 "But having said that I don't think I am the best I could be. I am still working on getting better every day. I am at an age when it's time for goalkeepers from 28 years of age onwards to take the next step up."

Langerak has played every minute of Nagoya's 22 league matches this season and said he had no doubt that his five-year 'apprenticeship' in the Bundesliga under Jurgen Klopp have made him the reliable goalkeeper he is now.

"People might say something like I was at Dortmund for five years and failed to nail a regular spot but you have to remember that it is very hard for a 21-year-old with a handful of A-League games to join a club like Borussia and start playing straight away," he said.

"Ideally you'd like to go to a big club and somebody picks up an injury and you're away but I had the best apprenticeship you could possibly dream of.

"There is no doubt in my mind (that I made the right decision to go straight to Dortmund) and I will not let anybody tell me any different.

"Okay I did not leave the club having played 200-odd games but it was fantastic for me because I was training and playing with the best every day and learning from them every single day.

"Without that pressure to play every Saturday and Wednesday at one of the world's biggest clubs it was good that I could see things which I picked up and I still use to this very day.

"The key is not to waste your time if you're not playing regularly."

Langerak's current form for Grampus has strengthened his position as one of Australia's leading goalkeepers alongside Mat Ryan and Danny Vukovic and he would have been in contention for a spot in the Socceroos squad that is likely to be engaged in an international against the United States in London in November.

But COVID-19 may scupper his chances of representing Australia for the ninth time.

Socceroos coach Graham Arnold is still unsure about the quarantine requirements in Japan and other countries in Asia should he pick any Asia-based Australians. Nagoya have not been informed of the procedures, which leaves Langerak in the dark.

On the positive side, he can concentrate on Nagoya's next two away matches in the space of two days that might have a bearing on the outcome of the team's season.

On Sunday they are away to leaders Kawasaki and two days later they face seventh-placed Ange Postecoglou's Yokohama F. Marinos, who are fighting desperately for one of the three direct spots in next season's AFC Champions League.

"I think I would have to quarantine should I be picked for Australia but to be honest I am not sure about the situation," he said,

"In any case, we're in a good position to crack the Champions League.

"It's very high at the top of our priorities and we have a game in hand so If we can pick up a few more wins we should be in business.

"The games against Kawasaki and Yokohama are very important, no doubt, but they are not season-defining. There is still a lot to play for."