Diego Forlan played down the significance of Barcelona superstar Lionel Messi staying in La Liga, insisting the league would survive without the six-time Ballon d'Or winner.

Messi's future remains an important topic at Barca after he handed in a transfer request following a tumultuous 2019-20 season.

The Barca captain was tipped to join Premier League powerhouse Manchester City before opting to remain in Spain, though he has since been linked to Ligue 1 champions Paris Saint-Germain and Inter.

"I wouldn't say it is a gift [Messi finally staying]," former Atletico Madrid forward Forlan, who won the UEFA Europa League and UEFA Super Cup during his time in the Spanish capital between 2007 and 2011, told Marca Sport Weekend.

"Obviously, La Liga has grown up thanks to the great players who played in different club. But La Liga is La Liga, and the clubs are very important, and are in the history.

"It is very good he stayed, but they are growing … Leo Messi, Luis [Suarez] … great players, they are changing and La Liga will be still there… It is more than 90 years history of La Liga and big stars has been here, and will be also.

"But at the end, what remains in La Liga, the teams, and that is the important thing."

Messi, who is due to become a free agent at the end of the campaign, has endured an underwhelming start to the 2020-21 season. 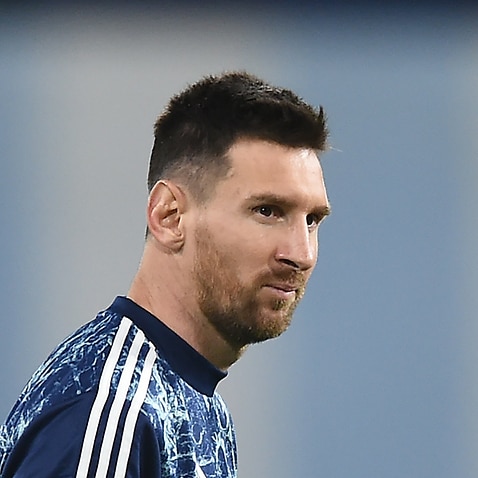 The 33-year-old had failed to assist a goal or score from open play in six La Liga matches before last weekend's 5-2 win over Real Betis, when he also netted from the penalty spot.

Messi started that game on the bench – the first time that has happened in the league since September 2019 – but Barca head coach Ronald Koeman revealed he was carrying a knock.

This season, Messi has scored three goals in La Liga and six across all competitions for Barca.