The unhappy reign of Marco Kurz at Melbourne Victory has come to an end just 13 A-League games into his tenure.

Kurz was appointed in June after club legend Kevin Muscat's departure at the end of last season but the 50-year-old has paid the price for Victory's inconsistent form.

The club confirmed the decision in a brief statement on Wednesday morning. 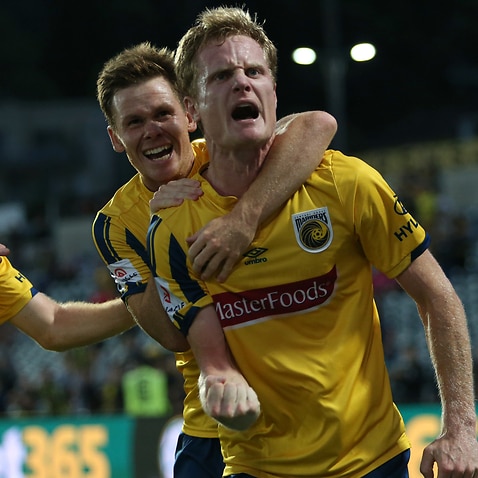 Spanish assistant Carlos Salvachua will take over as coach for the remainder of the season, starting with Friday's match against Adelaide at Coopers Stadium.

Kurz's last game in charge was the 3-2 defeat to lowly Central Coast Mariners on Sunday.

He was dismissed for arguing with the fourth official on the touchline after Victory conceded two stoppage-time penalties in the loss in Gosford.

Kurz's dismissal comes less than a week before the Victory play their Asian Champions League playoff at home against Bali United on Tuesday.

A win in that qualifier would send them to Japan to face Kashima Antlers on January 28.

Kurz's brief time in charge is not the shortest spell at the helm for a Victory coach.

A former Bundesliga player with stints at Borussia Dortmund and Schalke during the 1990s, Kurz managed several clubs in Germany before being named Adelaide's boss in 2017.

He led the Reds to two successive FFA Cup finals, winning the trophy in 2018, but left them at the end of last season when his contract was not renewed.