Netherlands manager Ronald Koeman says Robin van Persie could still earn a recall to the squad if he can sustain his fitness.

The 34-year-old, who has scored a record 50 goals in 102 appearances for his country, has not played for Oranje since the 4-0 defeat to France in 2018 FIFA World Cup qualifying last August.

But Koeman has not ruled out bringing the striker back into the international fold, with Van Persie having scored four times for Feyenoord since his return to the club in January. 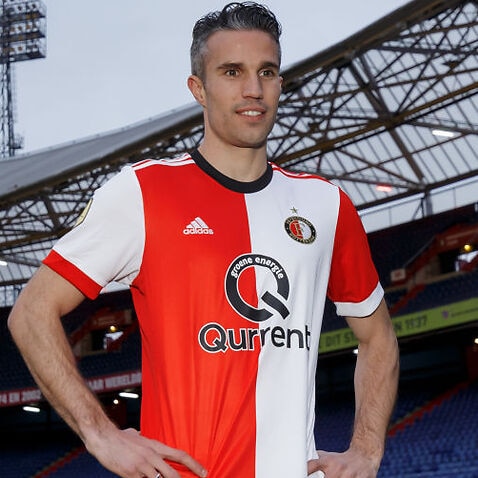 "He has not said he will stop, but he will first have to be completely fit," Koeman, who watched Van Persie score twice in his side's 4-3 Eredivisie win over PEC Zwolle on Monday (AEDT), said.

"He once again showed his class on Sunday, and I do not say no in advance."

Netherlands are in need of a new captain for this month's friendly matches with England and Portugal, with former skipper Arjen Robben having retired from international duty last November. I had to 'step up' after sealing Liverpool switch, says Van Dijk

With Van Persie not in the picture and record caps-holder Wesley Sneijder having also retired, Koeman suggested Liverpool defender Virgil van Dijk could be given the armband.

"I'm not into voting, so I'm going to decide.

"I don't think it must necessarily be a new leader. It must be someone who has dominance in the group and plays in a certain position. Virgil van Dijk is a possibility as a captain."