Liverpool manager Jurgen Klopp said he expects a subdued transfer market this off-season amid speculation regarding Kylian Mbappe, Erling Haaland and Jadon Sancho, with the German wary of spending.

Paris Saint-Germain's Mbappe and Borussia Dortmund duo Haaland and Sancho – both reported Liverpool targets – have been linked with big-money moves at the end of the season.

The coronavirus pandemic has wreaked havoc on and off the field, with clubs counting the financial cost of COVID-19.

Liverpool could be further impacted by their failure to qualify for next season's Champions League – the Reds are sixth in the Premier League table and seven points behind fourth-placed Chelsea with two games in hand. 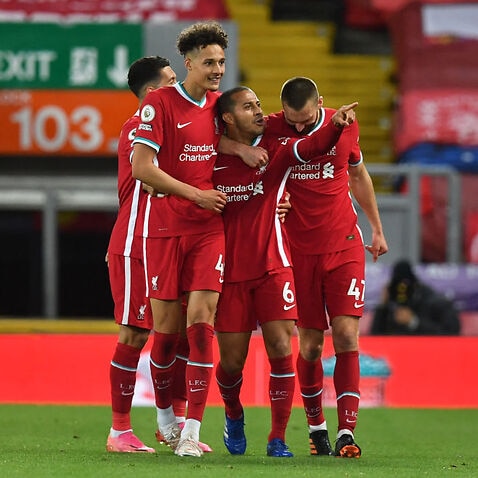 Mane and Thiago keep Liverpool in hunt for Champions League

Klopp, whose Liverpool were dethroned by Manchester City in the Premier League this season, played down talk of a spending spree in a bid to revive the club's fortunes.

"Not playing Champions League doesn't help, obviously, but it is not our biggest problem because the market will be really strange," Klopp said of Thursday's showdown against rivals Manchester United at Old Trafford.

"I hear a lot about big-money moves – is Kylian Mbappe going or not, Haaland, Sancho – I don't see that happening because the football world is still not in the same place it was before. "We will see how the market develops but it will not be an early market, for sure.

"If we don't go to the Champions League it is not good but there is still a chance and as long as we have a chance we should not speak about it as if we have no chance. And if it is not then we have to deal with that."

"Do I know what we have to work with? Yes, not a lot, anyway," Klopp said. "We cannot speak for years and years about our structure or whatever, it is always how it is.

"It depends to the business, what happens, if someone wants to leave or if players want to go, if we sell, so we can never really plan early.

"… Getting the injured players back makes us already better. These are our first transfers. We don’t know exactly when that will happen but it will happen at one point. All the rest we have to see."

Klopp has managed away at United without ever winning more times than any other opponent in his managerial career (six – D4 L2).

Liverpool have won just two of their six midweek (Tuesday, Wednesday and Thursday) Premier League games this season (D1 L3), with both of those victories coming against Tottenham. The Reds have failed to score in the four games they did not win.

Klopp added: "Can we challenge Man City next season? And Chelsea. And Manchester United.

City and Chelsea have always had [financial] advantages in this and we still won the league and the Champions League, so it is our situation to work like we work and I never look at other clubs and say 'we can't do this' or 'we can't do that'.

"If two or three of them play in our league then we will try to beat them and some others as well so we have enough points to win something. It is absolutely not the situation to moan or cry. I am not going to cry about our situations. Our situation is fine.

"A year ago people didn't know exactly how football would go on. Only one year later we speak about what we can do in the transfer window. People talk about changing the football structure completely, the German model, I can tell you the budget will go down massively.

"So changing the structure of the ownership model and [then] signing Haaland for £150m or whatever, that doesn’t work together. We have to use our situation better than we did this year."