Liverpool manager Jurgen Klopp broke down in tears as he spoke about his team's achievement in winning the Premier League title on Friday (AEST).

Manchester City's 2-1 defeat by Chelsea ensured Liverpool finally secured their first league title in 30 years and the players and Klopp celebrated at a hotel on Merseyside.

"I am completely overwhelmed, I never thought it would feel like this," Klopp said in an interview on Sky Sports television, before his emotions got the better of him and he walked off camera crying.

Before the tears began to flow, the 53-year-old German, paid tribute to some of the club's famous sons of the past.

"I have no words. It is unbelievable, much more than I thought was possible. Becoming champions with this club is absolutely incredible. This is for Kenny (Dalglish), for Stevie (Gerrard) - everyone!" he said.

Klopp and the players had gathered around a television set to watch the City game knowing that anything but a win for Pep Guardiola's side would put an end to their wait. 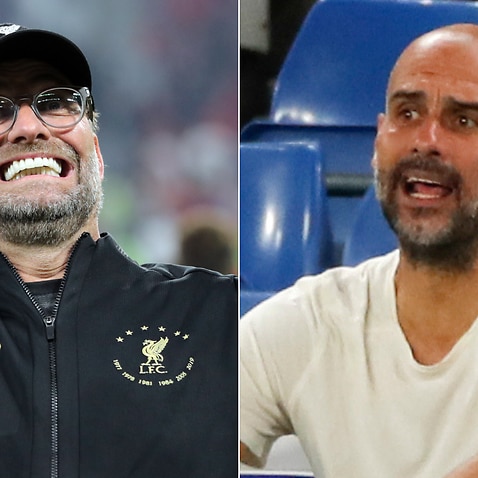 Liverpool went into the stoppage caused by the COVID-19 pandemic with a 25 point lead and were forced to wait three months before wrapping up business.

"There's a sense of relief because after the three-month interruption no one knew how the season would come back. This is for all of the fans. I hope they celebrate it, it's all in our hearts and our heads, we do it all together and it's a joy to do this for the fans," Klopp said.

"The Manchester City game was really tense, I didn't want to be involved," he added.

"It was intense but it is an incredible from my players. What they have done over the last few years in exceptional and it's a pure joy for me to coach them."

Klopp joined Liverpool in 2015 after making his name in his homeland with Borussia Dortmund and took the club to the Champions League title last season.