Once a player at the heart of a Melbourne City team ridiculed for their inability to perform in the big moments, Patrick Kisnorbo has delivered the A-League club one of their finest.

When the City Football Group took over A-League strugglers Melbourne Heart in January 2014 trophies were expected to swiftly follow.

But football doesn't work out that way and Kisnorbo, who was in City's defence in that transition year before becoming club captain - a role he held for two seasons before retiring - wouldn't have success as an A-League player.

But in his first season as senior coach Kisnorbo did what no one else could in the seven years since the club's rebranding - win an A-League trophy. 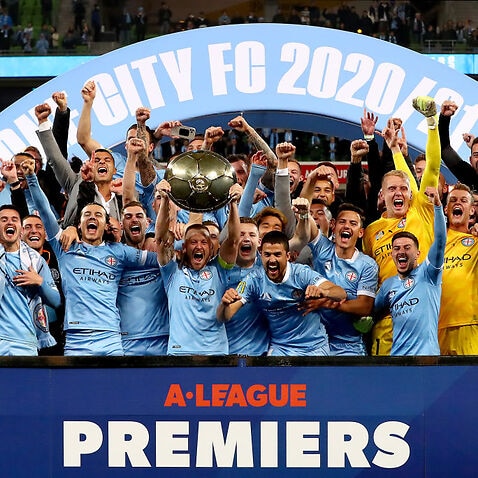 He has led City to the 2020-21 premiers plate with three games to spare after Saturday night's 1-0 win over Central Coast.

It's only City's second senior men's accomplishment after the 2016 FFA Cup triumph but is Kisnorbo's third trophy as a coach - with the Melbourne product previously leading City's W-League and Y-League teams to championship wins.

"He's brought an intensity and a passion," skipper Scott Jamieson said during the week.

"... Paddy's a Melbourne boy, Paddy understands the local scene ... so, he's definitely got that that local flavour to him but also has the experience of being overseas.

"But you know Paddy as a player - he'd walk off with a broken leg if he had to, that's the kind of guy he is.

"So, when it comes to an intensity and a passion, day to day training, it's there to to be done."

If things had gone to plan, Kisnorbo wouldn't have even been in City's top job yet.

The 40-year-old was senior assistant to Erick Mombaerts - who joined on a three-year deal in June 2019 and led City to last year's grand final.

But when Mombaerts opted to return to France at season's end, due to the COVID-19 pandemic, Kisnorbo took the reins earlier than planned.

Mombaerts' influence remains through his ongoing connection to Kisnorbo, who describes the Frenchman as a mentor.

"I speak to Erick a ridiculous amount of times during the week...," Kisnorbo said after Saturday's game.

"Erick was the one that obviously built our style and really started our style. It's great to work with someone of that experience and calibre...

"It's not just Erick, every manager that's been here - we've learnt something along the way.

"Everyone has contributed to this."

It's a sentiment shared by Jamieson, who credited often-criticised former manager Warren Joyce with making crucial changes behind the scenes - then Mombaerts for revolutionising the team's style.

But it's Kisnorbo who's added a layer of steel.

Many at City point to Kisnorbo's ruthless pre-season that set them apart physically - and for the coach, that's where the ride towards silverware began.

"Obviously with running, it tests you in all forms - especially, physically and mentally. So we put the players under stress, and see how they reacted to it," Kisnorbo said on Friday.

"At times, at the start it was hard, but I think they realised once they went through that hard stage and they found that they could do it, they could push themselves again ... so then the bar keeps rising."

A brave centre-back, renowned for the strapping he sported around his head and pushing through injury, Kisnorbo entered his post-match press conference on Saturday in fitting style. 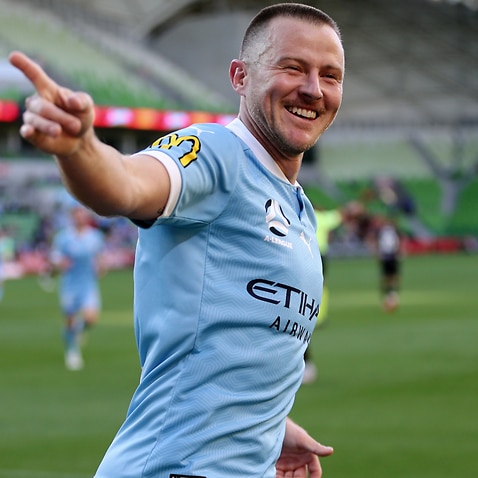 Jamieson reflects on City's evolution on eve of A-League title

Already on crutches after snapping his Achilles in a charity match, he arrived late due to having stitches inserted into a wound - from a head blow suffered in City's title celebrations.

While relishing the moment, Kisnorbo will now turn City's focus to the remainder of the regular season and the finals - a task they're set to face without golden boot leader Jamie Maclaren and likely Curtis Good and Connor Metcalfe due to Socceroos commitments.

"There's still so much work we can do this season and there's a lot football to be played," Kisnorbo said.

"Not going to get carried away with it, but I'm proud of the players tonight."