Sami Khedira has stressed that Germany will treat San Marino with respect and are not talking about racking up a record score against the minnows.

Joachim Low's side top Group C in the UEFA section of 2018 FIFA World Cup qualifying having won three from three so far without conceding a goal.

The reigning world champions beat San Marino 13-0 in 2006 and, though Khedira expects to win, he says complacency cannot be allowed to creep in.

"We are not going out there to try to set a new record," Khedira said at a news conference ahead of Saturday morning's AEDT clash in Serravalle.

"It is clear that we want to win the game and we want to score a lot of goals. We will take this game serious, though. We respect San Marino.

"But we all know that we are the better team. We just want to put in a good performance, nothing more and nothing less.

"Football is fun when you are winning and that is what we will try to do."

Germany coach Low included fresh faces such as Serge Gnabry, Yannick Gerhardt and Benjamin Henrichs in his squad for the matches against San Marino and Italy and the three youngsters have already impressed Khedira.

"They all have a lot of quality and bring something new and fresh," he added.

"I am not their teacher, though. They have all had a great football education. I just want to lead the way on the pitch and show that we are working seriously. That is important.

"We are a very open team and they have quickly become part of that." 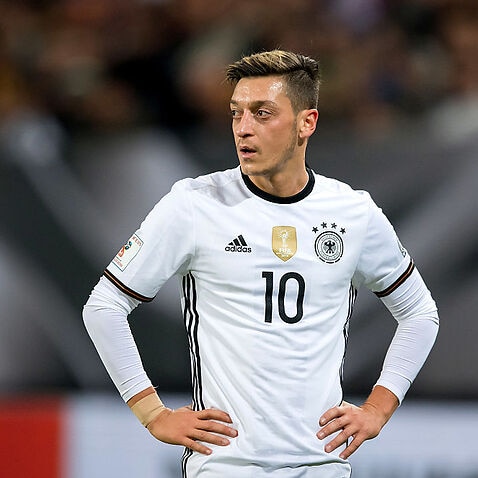 Ozil left out of Germany squad