Ambitious Oldham Athletic owner Abdallah Lemsagam believes new coach Harry Kewell can pilot the Latics on a wild ride that could ultimately lead from England's League Two back to the Championship.

The Dubai-based former agent is pinning his faith on Kewell - whom he has known since 2012 - to deliver on the dream he has for the club he purchased in 2018.

As the building blocks are put in place, an unnamed Australian import with A-League experience is set to be unveiled imminently as Kewell’s eighth signing since taking charge earlier this month.

And Moroccan national Lemsagam, who built a global network of contacts in his previous life as a player agent, sees his collaboration with Socceroos great Kewell, 41, as laden with possibilities.

“We’re very happy to have Harry here - we’re helping each other and working well together and I believe we’re moving the club in the right direction,” said Lemsagam. “We’ve known each other a long time (since Lemsagam took Kewell from Melbourne Victory to Qatar at the tail end of his playing career) and I was thinking about him the last two years but he was under contract then with some other clubs (Crawley Town and Notts County).

“The ambition this season is get promotion, whether that’s automatically or through the playoffs.

“We are committed for the long term and I have a vision for the club to progress back to the Championship. That’s the target we’re aiming for.”

Oldham were foundation members of the Premier League back in 1992, and Lemsagam wants to restore former glories.

“I have a lot of connections around the world. I know the owners of big clubs and I’m sure we can do business at some point,” he added. 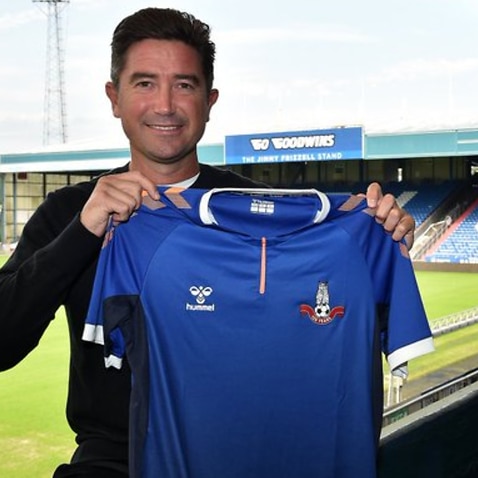 What is Harry Kewell doing at the bottom of the English league?

“If we get to the Championship first then you can talk about bringing in players from clubs like Lyon, Manchester United and Manchester City, even on loans.

“This is what we’re building for, to be in a position to get these types of players and to winning promotions.”

Lemsagam has spent in excess of $10 million since taking charge at Boundary in what amounts to a salvage mission for the Lancashire club.

So far, there’s been scant return on his investment.

The Latics were relegated from League One in his first year, and languished in 19th spot in League Two before last season was abandoned as a result of the COVID-19 turmoil.

“When I took over it cost a lot of money,” added Lemsagam.

“It’s like an old house and trying to fix it up and renovate it. When we came in it was just problem after problem. 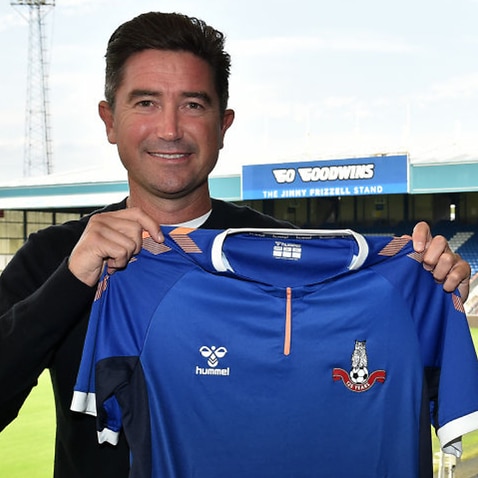 “There have also been some people working against the club. They’ve been aligned to the old regime and have being spreading a lot of negativity.

“But when you look at clubs like Bury (who went into liquidation), Wigan (in administration) and Charlton (on the brink of collapse) we’re still there (in a better financial position).”

“It’s a big job and it takes some time to create something.

“It’s not only about what Harry and I can do - it’s about everybody at the club working together.

“We’ve brought in some players who will do a good job and there’s one young player coming from Australia very soon, maybe next week.

The Latics are due to face Championship side Nottingham Forest in a pre-season clash this weekend, before the serious stuff begins with the visit of Carlisle United in the first round of the EFL Cup on September 5.