Kerr said a desire to play in the world's best women's football league led to her signing a lucrative deal with English heavyweights Chelsea.

The 26-year-old striker is taking a three-week holiday before linking with Chelsea for the second half of the English Women's Super League (WSL) season.

"The WSL is the best league in Europe," Kerr said in a statement.

"I want team success and I don't want it to come easy.

"I feel Chelsea have been building something special over the years and I want to be a part of that. I want to lift some trophies."

Kerr has become the face of Australian women's football since debuting with the Matildas at the age of 15.

The star played a key role in Australia's sweep of the just-completed two-game friendly series against Chile - scoring a brace in a 2-1 win in Sydney on Saturday, and setting-up the match-winner in a 1-0 triumph in Adelaide last night.

Kerr had been weighing up her club future since opting against returning to Australia's domestic W-League with Perth Glory.

She had been splitting her time each year between the Glory from October to April, then the Chicago Red Stars in the United States' National Women's Soccer League from April to September. 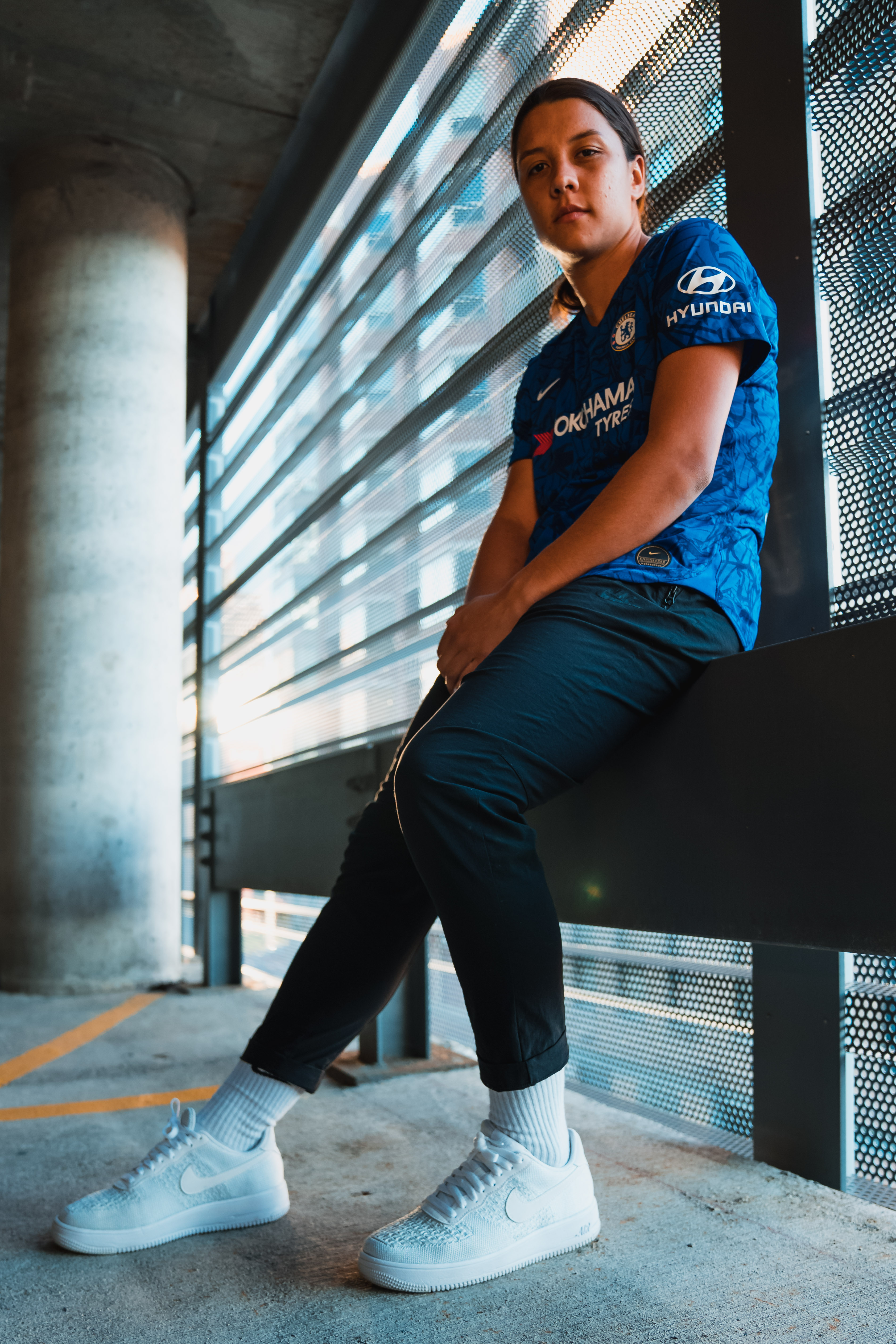 After last night's victory in Adelaide, Kerr conceded the gruelling schedule had led to near-exhaustion.

She outlined her plans for a three-week holiday, initially in Perth to visit family and then to Bali.

"It's the first time ever I have had scheduled time off where I can go on a holiday and take care of myself.

"And the Matildas have gained a whole lot of exposure in the last few years so our lives have changed dramatically.

"It will just be nice to turn off from football and enjoy myself."

Chelsea's manager Emma Hayes hailed the signing of Kerr for her club.

"She's a player that can make things happen but she's also a fantastic team player," Hayes said in a statement.

'The fact she chose Chelsea when she could have gone to any club in the world is a testament to the players and the staff here, because she saw this is the best place for her to grow and take the next step in her career."