An incredible touchline run and cross deep into added-time from Matildas superstar Sam Kerr has helped Chelsea claim a dramatic 2-1 win against Arsenal in the final of the Continental Cup.

With the game headed to extra time, Kerr broke down the right touchline of Nottingham's City Ground before nutmegging a defender and firing in a cross which helped Bethany England score the match winner and Chelsea's first Continental Cup title.

The goal was England's second goal in a topsy-turvy match which appeared to be Arsenal's for the taking.

While it was jubilation for Kerr, It was disappointment for her Matildas teammate Catilin Foord playing in only her second match for Arsenal since making the move to the famous club last month. 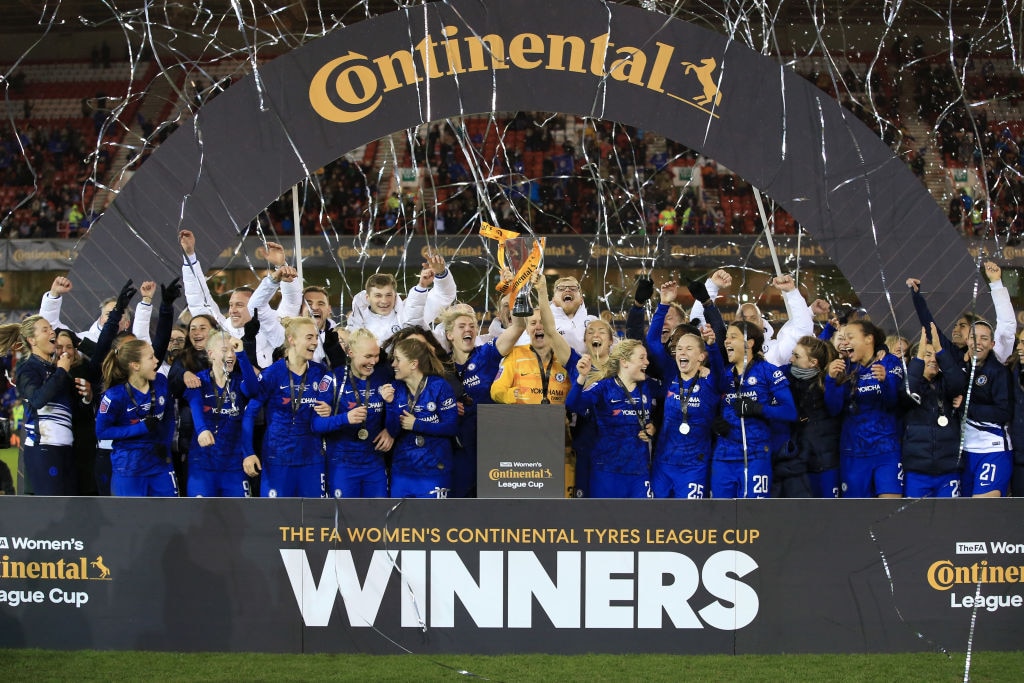 Despite her inexperience in England's top flight, Foord put in a sublime shift and was arguably the Gunner's best player on the night.

Arsenal were unlucky not to take more from the match with Dutch star Vivenne Miedema unable to add to her tally of 29 goals for the season despite a trio of clear-cut chances.

Australian coach Joe Montemurro was forced to name a heavily weakened Arsenal side for the final with injury woes limiting the former W-League winner as he was unable to name a full substitutes bench.

Chelsea made a rapid start to the match when Kerr unleashed a howitzer of a shot on goal after only 58 seconds.

Kerr was dominating proceedings early in the contest and it was the Aussie striker who helped give Chelsea an early lead.

Guro Reiten was played in by a cutting Kerr pass with her shot forcing a save from Gunners Keeper Manuela Zinsberger which fell at the feet of England to tap home.

Not to be out done by her close friend and Matildas teammate, Foord turned it on late in the first half as Arsenal came fighting back. 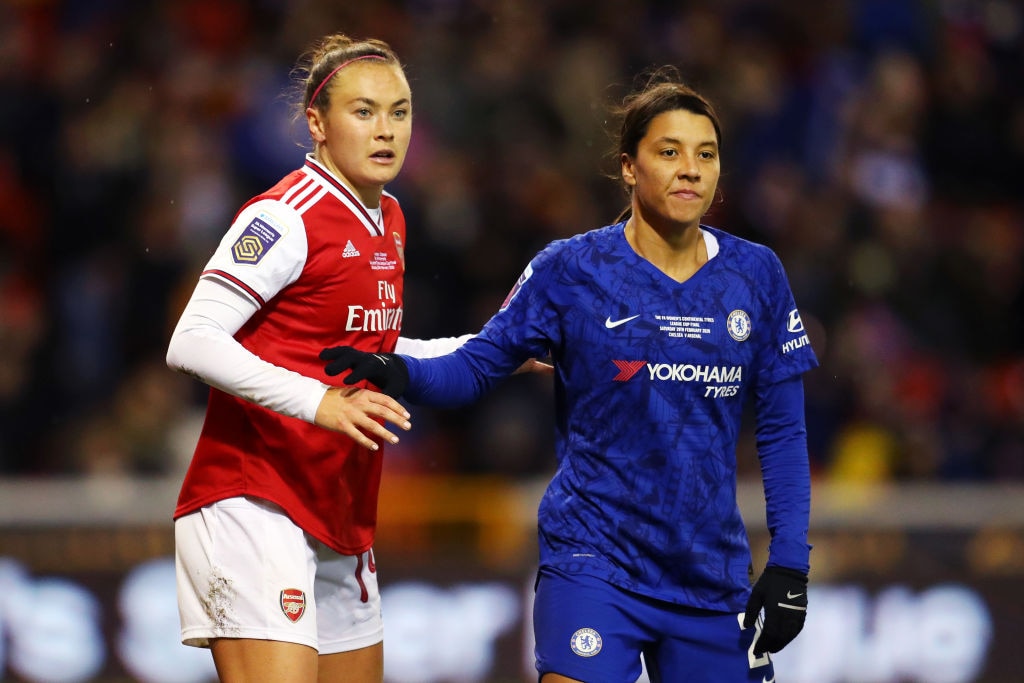 The former Sydney FC winger nearly levelled the scores just on the cusp of half time but fired her shot into the side netting.

Chelsea goalkeeper Ann-Katrin Berger delivered a massive performance making save after save early in the second-half as Arsenal raced out of the blocks following the interval.

Berger's resistance could only last so long with the North Londoners finding an equaliser in the 85th minute when Leah Williamson found the back of the net after Chelsea failed to clear a corner. The game went from end to end in the final minutes with Kerr forcing a brilliant save from Zinsberger.

While she was unable to find the back of the net with that effort, the Australian star could not be contained racing down the touchline in the 92nd minute to deliver the ball into the box for Mjelde to tee up England for the winner.