Four Australians will be in action when the UEFA Women’s Champions League round of 16 kicks off next Thursday morning (AEDT).

Sam Kerr is in fantastic goalscoring form for Chelsea this season with 11 goals in 12 starts in the Women’s Super League, but she’ll be up against it when the Blues take on Spanish side Atletico Madrid.

Atleti, one of the strongest teams in Spain, is currently fourth in the league and recently won the Supercopa de España Femenina in January.

Kerr’s Chelsea are one of the favourites to win the Champions League, as they sit top of the WSL table having won 12 of 15 matches this season. 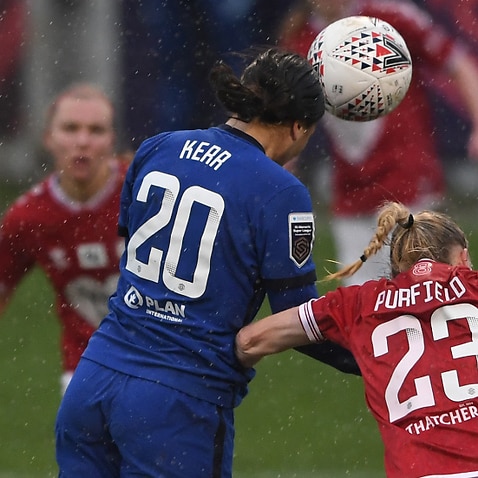 The former Perth Glory striker is part of a fearsome front four, along with Pernille Harder, Fran Kirby and Bethany England.

Kerr, Kirby, Harder and England have a combined total of 48 goals this season.

“Every week in training it’s so competitive, whoever is on the pitch,” Kerr told ChelseaFC.com after the team’s most recent 5-0 win over Bristol.

“We’ve all played together a lot now, and it’s nice to see us all get on the scoresheet.”

When Lyon won last season’s Champions League back in August of 2020, Carpenter was an unused substitute. Now, she’s a regular in the first XI, with Lyon having won 13 games out of 14 in Division 1 Féminine.

Lyon, who have the Champions League a record seven times, will start as favourites against 12-time Danish champion Bronby.

Matildas defender Karly Roestbakken will have a much tougher task when her Norwegian side LSK take on German giants Wolfsburg.

LSK has only played a handful of friendlies due to the northern hemisphere winter break, while Wolfsburg - who have won the Champions League twice - are currently second in the German league behind Bayern Munich.

Meanwhile, 20-year-old Indiah-Paige Riley might have the toughest task of them all when her Danish side Fortuna Hjorring take on FC Barcelona. 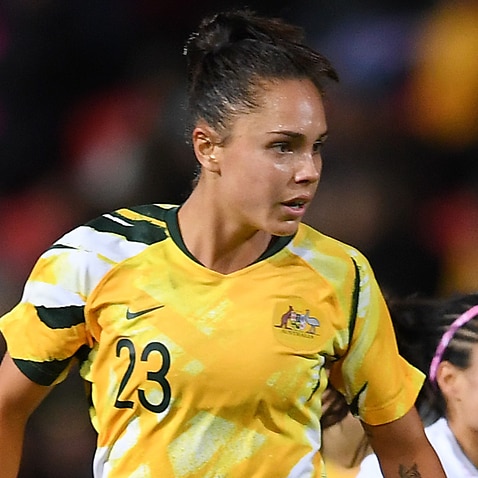 The former Brisbane Roar striker has scored three goals in eight appearances this season as her side sits in third place in the Danish league.

It will be tough work stopping Barca, who might be the most in-form team in the world. In the Primera División, they have played 16, won 16, scored 84, conceded 3.

The Catalans made it to the semi-finals of the Champions League last season but will be looking to go one better this season.

SBS will broadcast the final of the UEFA Women’s Champions League.