Frank Lampard stated he must find a way to give Kepa Arrizabalaga confidence after the goalkeeper's howler against Liverpool.

Kepa Arrizabalaga has "held his hands up" after making a calamitous error in Chelsea's defeat to Liverpool, but Frank Lampard insists it is his responsibility to give the goalkeeper confidence.

Sadio Mane scored twice as Premier League champions Liverpool made it two wins from two with a 2-0 triumph at Stamford Bridge on Monday (AEST). 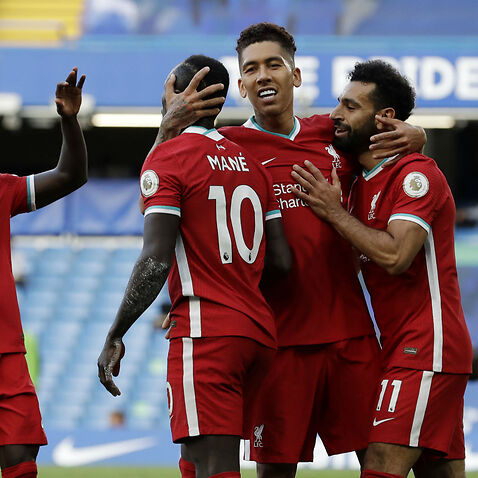 Kepa – whose days as Chelsea's first-choice appear to be numbered given the club are reportedly close to signing Edouard Mendy from Rennes – was at fault for Mane's second, passing the ball straight to Liverpool's forward, who drilled home from close range.

Though Lampard stated Kepa must take responsibility for the mistake, he claimed he is the person who needs to instil some belief in the former Athletic Bilbao shot-stopper, who was signed as the world's most expensive goalkeeper in 2018.

"My job as a manager is to try to give Kepa confidence, because a goalkeeper absolutely relies on confidence," Lampard told Sky Sports.

"It's a clear mistake – Kepa has accepted that, as he should, and held his hands up. We, as a group, have to accept that joint responsibility, these things do happen. It's obviously a clear mistake.

"How do you gauge confidence? I don't know. There are lots of things in football, one is confidence, another is work, the other is circumstances. It was just a clear mistake today."

All of Chelsea's players had average positions within their own half, and they managed just three attempts on target, including a failed penalty by Jorginho.

However, Lampard believes his side – who had Andreas Christensen sent off late in the first half – can take confidence from aspects of their performance.

"I'm disappointed to lose three points, as you should be, but I'm actually happier with today, in many ways, than I was with Brighton [Monday's 3-1 win]," he added.

"Brighton was three points and an okay performance, we're in pre-season still as we've not had long enough to train. Today I saw spirit, saw a desire to defend by a lot of our players.

"You play half a game with 10 men, you don't make that mistake for the second goal, you score the penalty and it's 1-1. I know that's not football, I know I can't reflect on that, but those are the realities. The players should take heart – it's how we move forward from now."

Christensen was sent off after referee Paul Tierney consulted the pitchside monitor following a VAR check, with the defender having hauled down Mane as the last man, though Lampard was not certain it should have been a red.

"Not definitely," he said. "They can get given or not. Once yellow is the first decision, you feel it needs to be absolutely critical to be a red.

"I'm not sure it was. I'm not going to sit here and complain too much, it's one that I felt could be given, or not. "