Newcastle Jets striker Roy O’Donovan believes the A-League club must do everything they can to retain the services of “future Socceroos” Steven Ugarkovic and Angus Thurgate.

The Jets had been accused of “double standards” earlier this week after they refused to terminate the 26-year-old’s contract, despite CEO Lawrie McKinna declaring the club “only wants players who want to play for the jersey”. 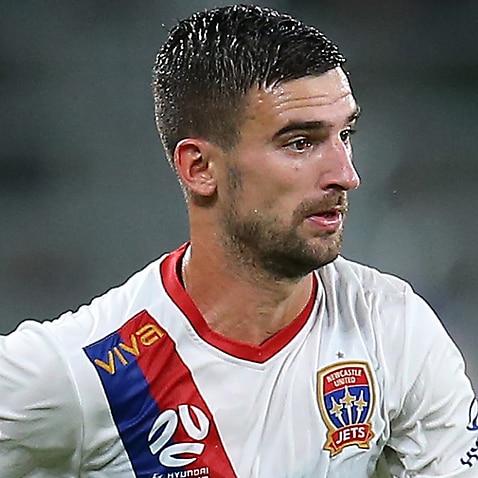 With Bernie Ibini since negotiating his release to join Carl Robinson at the Western Sydney Wanderers, it appears Ugarkovic will not find himself as fortunate.

However, according to O’Donovan, retaining the talented midfielder’s services – alongside that of Thurgate – are essential if Newcastle are to have any success in the 2020-21 season.

“The fact is we’re losing good players and having them tempted away, which is always frustrating,” O’Donovan said during Wednesday’s episode of the #TWGLIVE show.

“The big loss for the team would be Steven Ugarkovic. Keeping him now is a must for us this season because we haven’t got a great amount of experienced players.

“Steven is one of the top young players in Australia. Himself and Angus Thurgate, I think, are future Socceroos.

“Tying them down, keeping them here and hopefully getting new ownership in the next few weeks and months are very important for the club moving forward.”

A core cog in the Jets’ midfield since 2016, Ugarkovic's potential departure would deal interim coach Craig Deans a significant blow ahead of the season opener against Central Coast on December 31.

And though the revolving door at the club has been a distraction, O'Donovan assured fans the Jets would be focused on all three points come kick-off in Gosford.

“It’s a distraction but as a playing group we’re trying not to focus on it, and (instead) focus on winning the next pre-season game, the next training session and making sure by and large that we’re ready for the Mariners come round one,” he added.

“That’s all people care about. No matter what’s going on, whatever turmoil there is behind the scenes, we’re still expected to win football games because that’s our job.”