Juventus president Andrea Agnelli may have angered many purists by suggesting that small clubs like Atalanta do not deserve direct access to the UEFA Champions League because they have no European football pedigree.

As the chasm between Europe's elite club owners and the fans at large continues to grow, the leader of the European Club Association came out with a startling statement that perfectly illustrated why football is definitely not the game of the people anymore.

Agnelli this week told a football business summit in Amsterdam that unfashionable clubs like Atalanta should not go straight into the Champions League after one good season.

"There needs to be a discussion about the opportunity to have direct access to these competitions because you are a part of a great league. I have a lot of respect for Atalanta but they got into the Champions League on the back of one good season and without any history of international competition," Agnelli said. 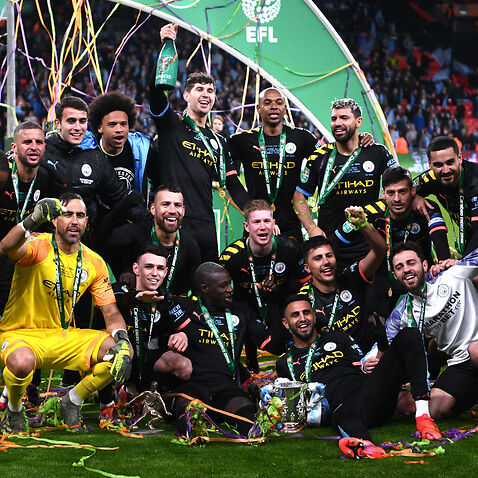 His comments were published on the same day UEFA president Aleksander Ceferin was quoted by London's The Times as saying that the English Football League Cup had become largely irrelevant and should be dumped.

"The English are traditionalists and like things that have been there for ages. It would be better for everyone if the League Cup were dropped to ease fixture congestion," Ceferin said.

These two statements from highly influential people provided another strong hint that Europe is moving inexorably towards a de facto Super League in which the wealthiest clubs are guaranteed top football every year.

They show that what matters most to the hungry few that are destroying the spirit and fabric of the game by their greed and selfishness is not merely greater opportunities to boost their obscene income but also the elimination of any teams that might stop them from doing that.

Atalanta are a small club from the city of Bergamo and their ground is not even up to Champions League standard so they have to play their home games at Milan's Meazza Stadium.

They have been punching above their weight for a few seasons and their reward for finishing in Italy's top four last season was a spot in the lucrative Champions League.

They have meticulously built a strong squad within their economic means and have surprised many people with their high quality football.

Atalanta's positive game gave them an impressive 4-1 lead over Valencia in the round of 16 and unless the form book is turned upside down at the Mestalla next week they should be lining up in the quarter-finals against the likes of mega clubs Liverpool and Bayern Munich.

How on earth can anyone dispute Atalanta's right to be at the big table?

Agnelli argues that the teams from Europe's big leagues that have made the Champions League the grandest competition in the world should be eased into the tournament - as if by divine right - while Atalanta should not be in it due to the strength of the country they play in.

So according to Agnelli the likes of Juve, Inter, Milan and Roma should be given carte blanche even after a shocking season and clubs like Atalanta ought to go through a qualifying process because they are ... too small. What a load of rubbish!

Ceferin's view that the League Cup in England should be abolished essentially because it is a nuisance to the bigger clubs shows how far removed from reality some of the game's top suits are.

The League Cup might not mean much to the Premier League's top teams who often use the knockout competition to blood young players, but it is the lifeblood of all those disadvantaged clubs who are not lucky enough to have wealthy owners, a mass following and the media's adulation.

Try telling Notts County (who stunned Tottenham Hotspur in 1994), York City (who beat Manchester United in 1995) or Bradford City (who overcame Arsenal in 2012) that England is too traditional and the competition should be dumped.

Try telling former winners Swindon, Luton or Ipswich that the cup has gone past its use-by date.

This is part of what the game's tradition is made of ... and UEFA reckons it has no place in the modern game.

Of course, this blatant pandering to the big clubs is designed to make it easier for plans to increase the number of guaranteed Champions League matches to succeed.

So the rich and greedy can get richer and greedier and the rest can go jump in the river or settle for the crumbs.

The beautiful game can be so ugly sometimes.