Maurizio Sarri has warned Juventus must escape the "illogical phobia" of previous UEFA Champions League campaigns if they are to prosper in it this season.

Juve travel to face another side Sarri believes can win the Champions League this season, Atletico Madrid, in Wednesday's Group D opener.

The Italian giants have won eight Serie A titles in succession but have not triumphed in Europe's elite competition since 1996.

They strengthened again in the close season, adding the likes of Matthijs de Ligt, Aaron Ramsey and Adrien Rabiot to an all-star squad already including Cristiano Ronaldo as they attempt to end that wait for Champions League glory.

“We don’t feel this pressure," Sarri, who confirmed Miralem Pjanic is available, told a news conference.

"We are Juventus, every time we step on to the pitch, the objective is to win, but we also know full well there are 10-12 other teams who feel the same way and have the same resources as we do. 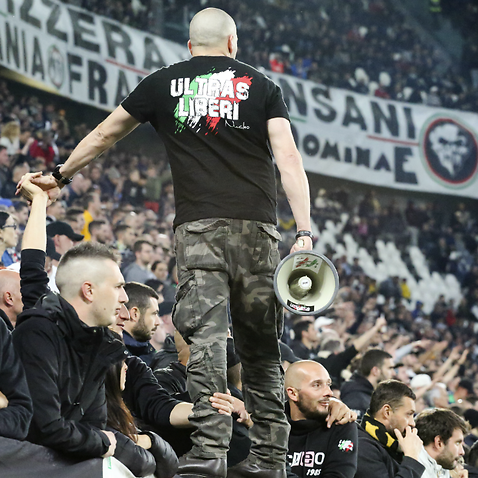 "At this moment, I don't see Italian football as the favourites going into the Champions League, as over the last 20 years we've lost ground.

"The fault for that goes to everyone, from presidents to journalists, everything that surrounds the sport.

"I think we need to face this competition with exceptional determination, but also a relaxed mind.

"We've got to get back to enjoying our football, without this illogical phobia.

"Atletico Madrid are one of the teams who can win the Champions League. It's difficult to fight against the Premier League sides, as they have so much money in the sport.

"Atletico lost an extraordinary player in Antoine Griezmann, but brought in one just as extraordinary in Joao Felix. Saul Niguez has made huge leaps forward and I consider him one of the best in Europe right now.

"Atleti have the players to beat anyone, but unfortunately at this level, you need mental strength, technique, tactics and a bit of luck."