Australia goalkeeper Brad Jones had a mixed night as his 10-men Feyenoord side drew 1-1 at Zarya Lugansk to sit second in UEFA Europa League Group A.

Feyenoord went ahead after 15 minutes through Nicolai Jorgensen, but two quick-fire yellow cards saw Eric Botteghin sent off, with his second yellow earned for a hand ball in his own penalty area on the stroke of half-time.

Jones was able to save Rafael Forster's penalty, but the Brazilian was the quickest to react and fire home the loose ball from close range.

To add to Jones's frustration, he also picked up an injury during the game.

Bad news for @Brad_Jones1: due to a thigh injury he won't be able to play this Sunday's away match against #GoAheadEagles. #zorfey

Manchester United are now third in the table, a point behind Feyenoord, after a 2-1 defeat at leaders Fenerbahce which leaves qualification in the balance. 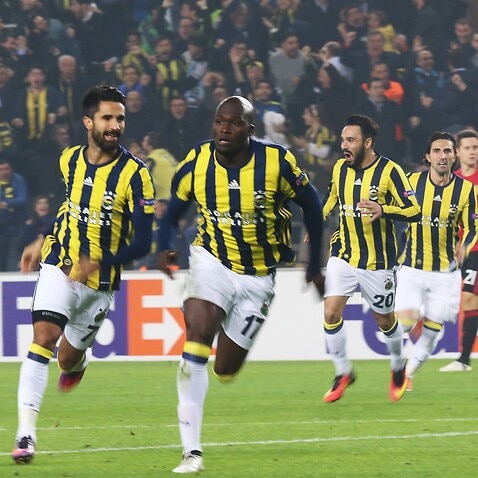 The Turkish side took the lead inside two minutes with a brilliant overhead kick from Moussa Sow, before United saw world record signing Paul Pogba hobble off injured.

Jeremain Lens curled in a free-kick on the hour to double Fenerbahce's lead, with United captain Wayne Rooney scoring a late consolation in Istanbul.

United next host Feyenoord on November 24 and will end their group away to Ukrainian side Zarya.

Giuliano had put the Russian side in front on 41 minutes, but Daryl Horgan's goal - after a swift counter-attack - levelled matters on 52 minutes.

Zenit, though, maintained their 100 per cent record when Giuliano netted again with 22 minutes left.

Aritz Aduriz scored all the goals as Athletic Bilbao beat Genk 5-3 to open up the qualification race in Group F, the striker completing his impressive haul in stoppage-time with what was a hat-trick of penalties. 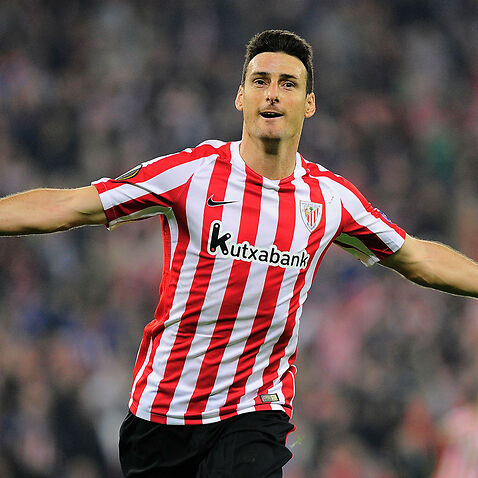 Sassuolo remain top after they drew 2-2 at home against Rapid Vienna, who scored a late equaliser - but now all four teams are separated by just one point.

Roma won 4-2 at Austria Vienna with a brace from Edin Dzeko to climb to the top of Group E, with the other tie ending 1-1 between Astra Giurgiu and Viktoria Plzen.

Apoel Nicosia lead Group B after the Cypriot outfit beat Swiss side Young Boys 1-0 and Olympiacos drew 1-1 away to FC Astana.

Anderlecht thumped Mainz 6-1 in Group C, where French team St Etienne continued their qualification push with a 2-1 win at Qabala, who have yet to register a point.

There was success for Southampton who secured a memorable 2-1 win over Italian giants Inter Milan to stay on course to reach the last 32 out of Group K. 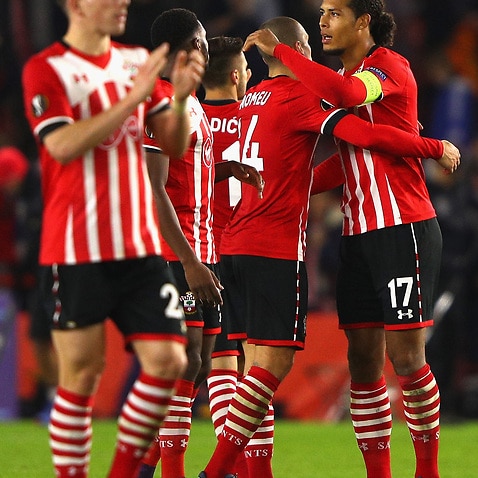 Inter, who sacked head coach Frank de Boer in the run-up to the tie after a poor start to the season, went ahead on 33 minutes through captain Mauro Icardi.

Saints missed the chance to go into half-time on level terms when Dusan Tadic's penalty, given for a controversial handball by Ivan Perisic, was saved by Samir Handanovic.

Virgil van Dijk equalised on 64 minutes before Saints completed the turnaround when a low cross from Tadic deflected off Yuto Nagatomo and into the roof of the Inter net.

Southampton now have seven points from four games, and will secure a place in the knockout stage if they can secure victory in their next European tie at leaders Sparta Prague, who beat Hapoel Be'er Sheva 2-0.

Shakhtar Donetsk ran out 5-3 winners at Gent to secure a place in the next stage as Group H winners.

Sporting Braga beat Konyaspor 3-1 in a match which saw both sides have a player sent off.

Ajax also made sure of qualification from Group G with a 3-2 win over Celta Vigo in Amsterdam, holding off a late resurgence from Celta, who are now level with Standard Liege after their 3-0 win at Panathinaikos.

Schalke are through to the knockout stages after a 2-0 win over Krasnodar left the German side six points clear at the top of Group I, while Red Bull Salzburg kept their hopes alive after winning 2-0 at Nice.

In Group L, Turkish side Osmanlispor moved ahead of Villarreal at the top with a 2-1 win at El Madrigal, while Zurich and Steaua Bucurest played out a goalless draw.