Australia Under-17 striker Noah Botic has claimed the inaugural Dylan Tombides Medal on the eve of the Joeys' FIFA U-17 World Cup clash against France.

WATCH the FIFA U-17 Round of 16 clash - France v Australia - LIVE, FREE and in HD on SBS or live stream via The World Game website from 9:50am (AEDT) Thursday.

17-year-old Botic has starred for the Joeys throughout the World Cup group stage, scoring four games in three games including a brace in a 2-1 win over Nigeria that secured Australia’s spot in the knockout stage.

The medal - introduced via a joint PFA and FFA initiative - was awarded to Botic after exemplifying the standards, commitment and courage in representing Australia at youth international level, honouring the memory of Dylan Tombides.

Botic signed a two-year scholarship contract with Bundesliga club Hoffenheim in August, after trials at Manchester United and interest from Bayern Munich and Everton. 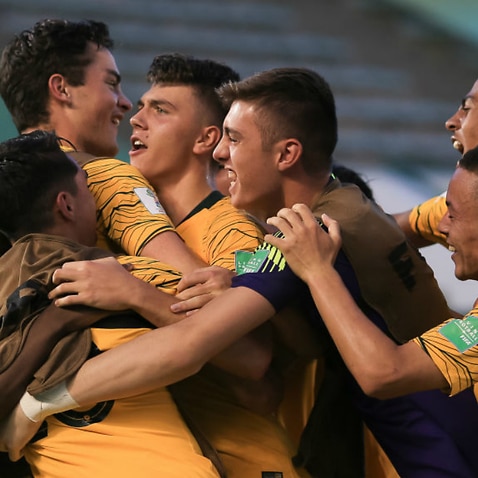 “It feels amazing, I couldn’t be happier,” Botic said.

“(The medal) tells me that I am working hard constantly on and off the pitch and confirms that I’m on the right track to become a professional footballer.

“To see that (Joeys coach) Trevor Morgan and the PFA have picked me to win this award has made me feel excited about what is still to come in the future.

“After Trevor mentioned Dylan, it’s touched me a bit about his story and him playing for a young Australian side and him having that sort of difficulty in his life wasn’t easy, so he has inspired me.”

In October, Tombides’ father, Jim, travelled to Australia from England to speak to the Socceroos about the award and how it allows Dylan’s legacy to live on, after he tragically passed away in 2014 at the age of 20 from testicular cancer.

A-League will meet the travel demands of players, says O'Rourke