Departing Newcastle coach Craig Deans is bullish about his battling club's talented youngsters and wants A-League rivals to develop their own players rather than poach the Jets' emerging stars.

The attacking trio of Archie Goodwin, who is just 16, and 19-year-olds Lucas Mauragis and Blake Archbold all performed well in Saturday's 1-1 home draw with Perth.

Goodwin belied his age by being the most dangerous forward on the field, forcing Perth goalkeeper Tando Velaphi into making four saves.

Mauragis and substitute Archbold combined to create the Jets' equaliser Jets hold Glory to move off bottom of A-League ladder

"I'm happy for Lucas and Archie and Blake as well," Deans said.

"They are all hopefully on a path of a football career for many years."

The late-season form of Goodwin and Mauragis in particular is bound to attract the attention of other A-League clubs.

"They signed a contract at the start of the year for another two years so they will hopefully be here for longer than that," Deans said.

Deans acknowledged Newcastle would need to supplement their own strike force as the Jets have scored a league low 22 goals, less than one a game.

"Roy (O'Donovan) has scored seven goals. He's our top goalscorer. But he hasn't had a huge amount of service this year to be fair to him," Deans said

"We've already started three, four months ago looking to strengthen the team in the final third and I'm sure when the coach for next year gets here, he'll continue that search."

Newcastle moved off the bottom of the ladder above Melbourne Victory on goal difference with Saturday's draw.

Both clubs face Premier's Plate winners Melbourne City in their final A-League games, although the Jets don't yet have a date for their fixture.

Newcastle have to face another team in the bottom four of the ladder in a playoff for a place in the round of 32 of the FFA Cup. 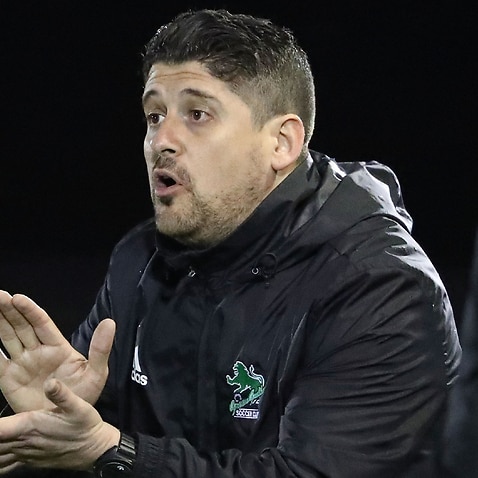 Papas in line to replace Deans and spearhead Newcastle rebuild

Deans, who was appointed head coach back in February after three stints as an interim coach, announced on Thursday he was stepping down.

"I still want the best for the club and I still want to win this last (A-League) game and our FFA (Cup game) because I will be living in Newcastle for hopefully a long time," Deans said.

"I want to come and watch the team play and I want to see them be successful.

"I want to see the kids that have come in this year and see them develop and turn into legends of the club."