The Newcastle Jets have set up a football advisory panel to help it find its next head coach.

Former Socceroos skipper Alex Tobin, Matildas great Julie Dolan and ex-AIS and Perth Glory head coach Ron Smith are on the panel to support the Jets in appointing a coach.

Newcastle has been without a head coach since Carl Robinson departed to join Western Sydney Wanderers in October.

Jets executive chairman Shane Mattiske says finding a replacement is an issue that the club needs to address quickly.

“We’re very conscious that the club had an interim coach in place and Craig Deans has been doing a great job for the club, but it is important that we confirm the head coach moving forward,” Mattiske told The World Game.

“That’s part of creating stability for the club. We are being open in terms of looking at a broad range of candidates.

“We’ve created a process that we believe will help guide us – it’s not a matter of making a subjective decision around who the head coach will be. 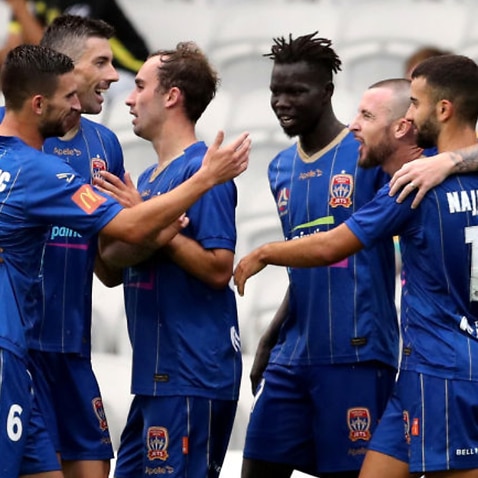 "We’ll be quite structured on how we think about the criteria we would apply, so the requirements for the coach moving forward, and we’re also using some external views.

“We’ve created a football advisory panel that will help through this process. So we’ve got some independent thought and different perspectives that will help us through making the final decision, and we’re moving through that as quickly as we can.

“This is a big decision, it’s important to have some different perspectives and thinking around who that coach should be. We want to make sure we get the right person.”

Tobin was capped 87 times and captained the Socceroos, while Dolan made 18 appearances for Australia and was the Matildas’ first captain. Smith has served many roles in Australian football including interim Socceroos coach in 2005, as a national teams technical assistant as well as working at the AIS for 14 years.

No specific deadline has been set for Newcastle to hire a new coach, but Mattiske wants the appointment made quickly.

“We don’t have a set deadline but we’re three weeks in now, the critical first step was to create stability, to make sure the playing group and our administrative staff are all locked down,” he said.

“We started on Monday [January 4th), there was a game on Friday the 8th of January and we needed to make sure we got to that game. That was one of the initial, short term focuses.

“But the key next focus is addressing this coaching issue so we do want to move forward and address that quickly.

“There isn’t a defined deadline but we’re conscious that this is a decision that needs to be made and we don’t want to delay.”

The World Game understands a list of 20 potential candidates for the coaching position has been drawn.

Young Socceroos boss and former Jets coach Gary van Egmond has been linked publicly to the role, but it is believed he is unlikely to be given the position.

“Gary’s clearly someone that people talk about and he actually has got some great experience, but with the Jets and football more broadly. He certainly belongs in our consideration set,” Mattiske said.

Former NRL boss Mattiske was appointed as Newcastle’s executive chairman at the start of January following the stripping of the license from owner Martin Lee.

Mattiske believes the Jets have a bright future.

“It’s a great opportunity for me to be involved, to enter the world of football,” he said.

“I’m looking forward to basically building a foundation with the support of the owners moving forward and the community more broadly.

"I can see real growth, so it’s a good challenge to focus on and I’m excited about what the future can be for the Jets.”