Jedinak, whose two spot kicks were Australia’s only goals as they crashed out at the group phase in Russia, is among the Championship club’s leading earners.

Villa face losing star asset Jack Grealish to Tottenham in a likely $50 million deal, while Jedinak, who turns 34 in August, is also edging towards the exit door.

Sources in the UK claim Jedinak has agreed terms to join a club outside of the big leagues of Spain, Germany, Italy and France on a multi-year deal.

His estimated $50,000-a-week salary - which equates to $2.6 million for the final year of his contract - is one of many financial burdens stricken Villa can now scarcely afford after their promotion bid broke the bank. 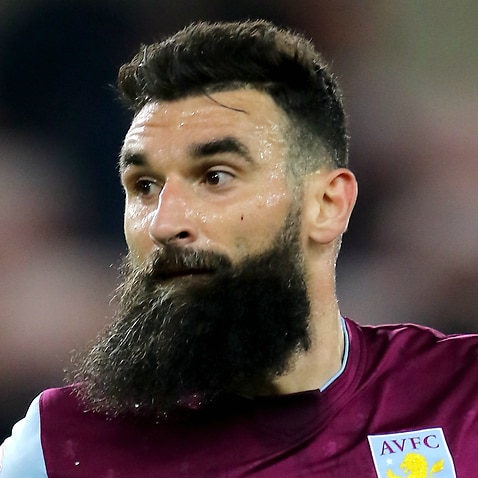 Jedinak admitted in Russia that his club future was unclear due to Villa’s failure to hit the jackpot with a Premier League return, and it appears he’s shunned a possible A-League return after nearly a decade abroad, initially in Turkey and then England at Crystal Palace before joining Villa in 2016.

Having made himself available for the national team under new coach Graham Arnold at January’s AFC Asian Cup in the United Arab Emirates, Jedinak is keen to help the defending champions retain the trophy they won in 2015.

He showed no indication of erosion in Russia, leading Australia with distinction in a holding midfield role against France, Denmark and Peru.

And providing his usual nerveless calm when delivering - yet again - from the penalty spot.