Australia’s path to the 2022 FIFA World Cup may become potentially trickier given that a team full of English Premier League stars could bar the way to Qatar.

Ahead of the 2018 World Cup, the Socceroos beat Honduras to book a berth in Russia but taking on CONCACAF’s fourth-placed team next year could be a good deal more difficult.

That is because Jamaica is in the middle of a drive to give passports to a number of players in Europe, primarily in the top two tiers of English football.

The likes of Mason Holgate at Everton, Newcastle’s Isaac Hayden, Nathan Redmond of Southampton and Michail Antonio of West Ham United, could be lining up for the Reggae Boyz before too long as well as a number of others.

Antonio has scored 17 Premier League goals in his 42 appearances over the last two seasons.

He turned down a chance to play for Jamaica in 2016 in the hope that he would play for England but while the striker was called up by the Three Lions, he never made his debut. Club boss David Moyes thinks that the player should not abandon hopes of an England call-up but at the age of 30, that is unlikely to happen.

"I only found out about it yesterday and I've not had a direct conversation with Michail,” Moyes said last week.

“I am still holding out he has a chance to get picked for England. I wouldn't say no to Jamaica but I haven't spoken to him about it.”

Holgate, a former England U-21 international defender, has already played over 80 times at the back for Everton.

Hayden has made over 130 appearances for Newcastle United.

Then there is Nathan Redmond. The Southampton star has actually played for England against Germany but as that was only a friendly, he is still able to switch countries.

They, and other players mentioned, would bring a wealth of experience and talent to a team that has only ever appeared at one World Cup before - back in 1998. "All of these, we are in the process of acquiring their Jamaican passports,' Ricketts confirmed this week.

"The process is becoming a little tedious because of the pandemic but the process is ongoing and we are hopeful we will get the passports for these gentlemen in reasonable time.”

According to reports, some on the list are, like Antonio in 2016, still holding hopes of playing for England but there are enough willing to make the switch that, should everything go through, Jamaica will have a very different team before too long.

While it remains to be seen what the other countries in the region make of this new policy, it is all within the rules to bring in players with Jamaican heritage.

CONCACAF has not yet started its journey on the road to Qatar and even when it does, Jamaica won’t be in action until September.

The team is one of the five highest-ranked in the region which means it goes straight into the final round of qualification along with the United States, Mexico, Costa Rica, Honduras and three other teams that make it through the first two rounds. 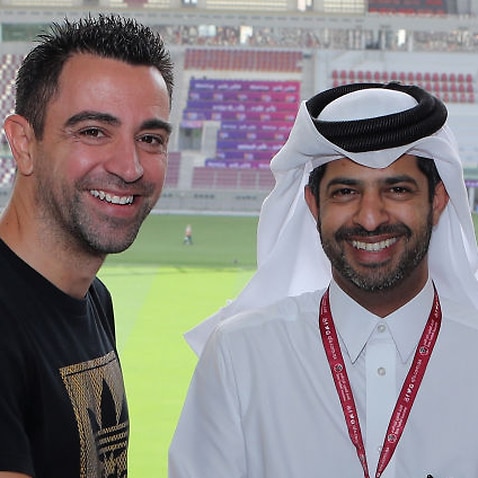 The top three go straight to the World Cup and the team that finishes fourth has a final intercontinental playoff, probably against a team from Asia.

The top two from each of the final groups in the AFC go to Qatar with the two third-placed teams meeting for the right to participate in the intercontinental clash.

A Jamaica full of battle-hardened Premier League stars would present a tough obstacle for any Asian team in a play-off.

Should they reach Qatar automatically then it means that one of the usual qualifiers for the World Cup - Mexico, United States or Costa Rica - would slip down into the play-off places.

It could all make what is an exciting stage of qualification more exciting but also more difficult.

Best for the Socceroos, currently cruising in the second stage of qualification and on course for the third round, not to repeat the play-off route from four years ago.